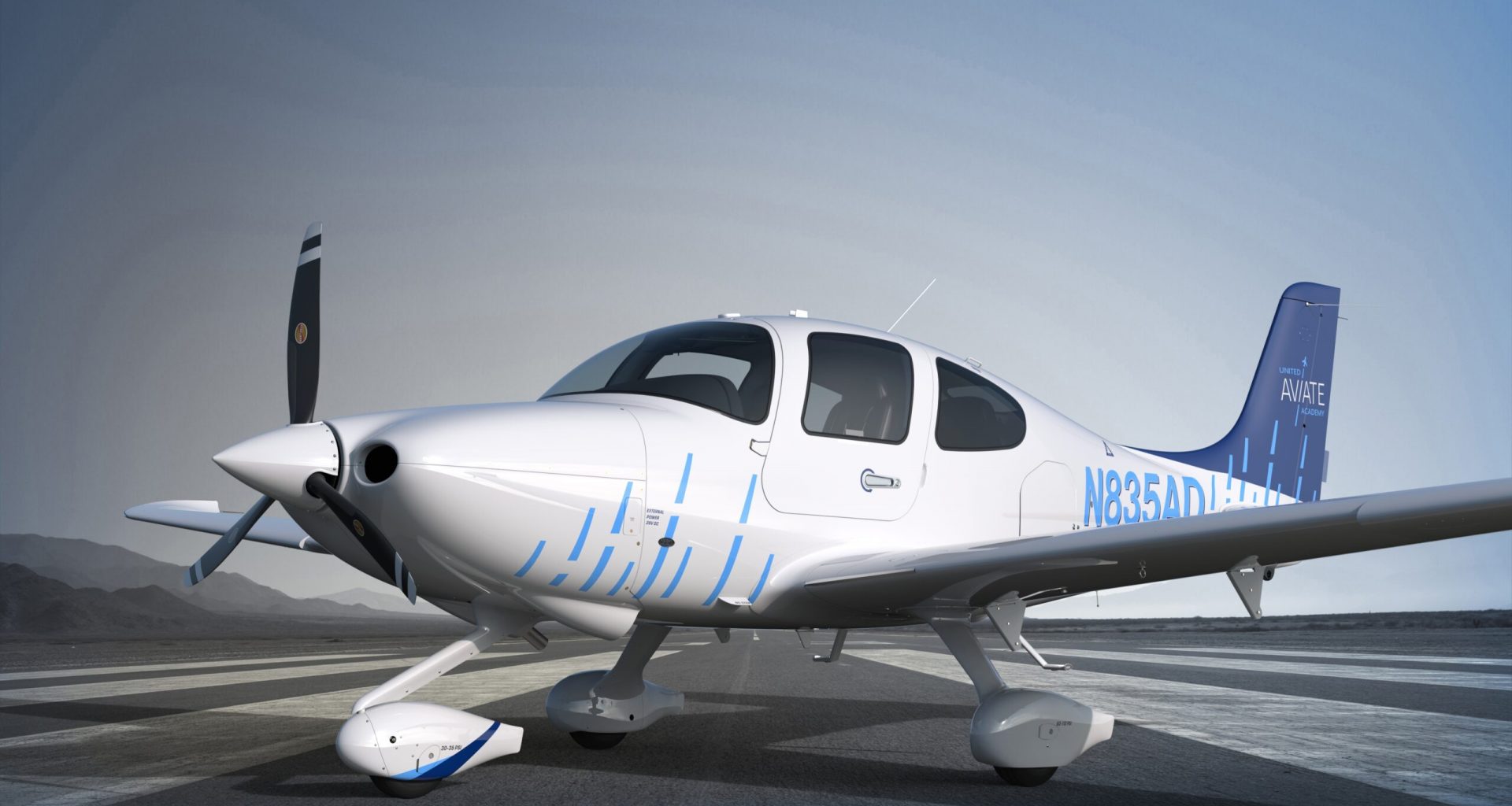 Last week, US Aircraft manufacturer Cirrus announced that they would be selling 25 TRAC SR20s to the United‘s new flight school: The United Aviate Program. This has been United’s response to a global shortage in aviation pilots that’s gradually increasing. To find out more, Travel Radar caught up with David Moser, Cirrus’s Vice President of Fleet and Special Mission.

What is the United Aviate Program?

The new United flight school is the first of its kind in the US. It’s an ‘ab-initio’ flight school, Latin for ‘from the beginning’ because pupils enrolling will be taught entirely from scratch. Usually, to start training for your commercial pilot’s licence, you’re required to hold a private pilot’s licence, and most airlines will recommend you have a degree as well.

The purpose of an ab-initio flight school is to be a fast-track route for people wanting to become pilots. Instead of spending years doing a degree and training to be a private pilot in your free time, an ab initio flight school will take you on as a novice. The real question is – why is this the first time we’re seeing a major US airline running such a flight school? Why haven’t we seen this already?

“Simply because there wasn’t a need,” says Moser. “[In the past,] there was enough of a pipeline of pilots coming through university programs or private flight training academies. And the military produced enough pilots to meet the demands of the major airlines – now there is just not enough to meet that demand”.

Experts have said that we will soon face a global shortage of commercial pilots. Statistics from Oliver Wyman predict that we could be short of 34,000 pilots by 2025. The problem has been on the horizon for many years now, and the pandemic has only exacerbated issues. The rate of pilot retirement doubled during the lockdown, and many airlines had to lay off staff to stay afloat. Decisions taken to help airlines survive the pandemic will threaten their growth and recovery as demand starts to return to normal.

So where does this shortage come from? The truth is, it’s very expensive to train airline pilots. All in, it’s estimated to cost over $80,000 to train a commercial pilot. So for a long time, major airlines have relied on pulling large numbers of their pilots from the military. Now, we are seeing the pool of military pilots begin to shrink. In both civilian and military spheres, we’re seeing fewer pilot starts. United CEO, Scott Kirby, said in an interview with HBO:

“The military produces far fewer pilots today than they did in the Vietnam and the Cold War era and it’s hard to become a pilot — a commercial airline pilot on your own — if you’re not going through the military.”

Moser was also quick to point out the issue is in demand as well as supply:

“in many parts of the world where their economies are growing very quickly, the aviation sector is growing right along with that. And so there is just this tremendous demand”

“The global pilot shortage is at a point – and is forecasted to be at points – where the industry is going to have to start creating its own pilots, and United has recognised that”

United have started up the Aviate Program in an effort to help tackle this pilot deficit. Having opened their doors this year, they aim to train up 5000 new pilots by the end of 2030. What’s more, they want 50% of all the students to be women or people of colour. Making pilot training more available to previously marginalised groups in the industry will not only serve those wanting to become pilots but will likely be a big boon for United as well.

“Their emphasis on diversity allows them to tap into pools of people who have an interest and an inclination for the aviation industry, that may have not had a pathway in before,” says Moser

“That opens up new pipelines for more people to enter into the industry, and I think that’s great news for all of us”

By consciously opening up the doors to more entrants, United create a much larger pool of potential pilots. According to the US Bureau of Labor Statistics, only 5.6% of pilots are women, and 6% are people of colour. There is a lot of room for growth there that could make a real difference to the industry.

I asked David if he saw thought we would see more of this kind of behaviour from airlines in the future:

“My expectation is we’ll see more airlines developing their own academies, or at least taking more direct control, or developing programs that bring their pipeline of pilot candidates closer to home.”

Previous Customers of Cirrus include the Lufthansa European Flight academy and the Emirates Flight training academy, two ab-initio flight schools that have been running for a number of years. The Cirrus SR20 seems to have become a popular choice for commercial flight schools due to its safety features and highly automated flight deck.

There has been a move towards much more automated flying in the past few decades. Last century, the most-produced aircraft was the Cessna 172, whose onboard controls featured many (often temperamental) dials and two traditional style yokes for steering. It was highly favoured as a teaching aircraft.

The most-produced aircraft for this century is currently the SR22, a cousin of the SR20. If you look at the panel of a Cirrus, you’ll see two huge computer screens which can display 3d renderings of the terrain and live satellite weather updates. Instead of yoke steering, there are two joysticks modestly perched on the sides of the cabin. It’s even got a QWERTY keyboard for using the navigational databases and flight data management system.

These are not dissimilar to the kind of systems you would find on a commercial aeroplane, says Moser:

“Arrival procedures, departure procedures are loaded into that database and you would put together a flight plan much the same as you would in an airliner”

Because of these advantages, Cirrus is optimistic about future sales should we see the trend for ab-initio flight schools continue.

“We’re seeing a trend where these major airlines are getting the connection between the performance and technology in our SR series aircraft to the aeroplanes and the type of flying that their students will be doing in their airline careers.”

What are your thoughts on the rise of ab-initio flight schools? Let us know in the comments below!

Read More
French bee operates the world’s longest domestic flight by flying from Tahiti to Paris using its A350-900 aircraft.…
Read More
Aer Lingus has received another €200 million in loans from the Irish government, as it attempts to recover…