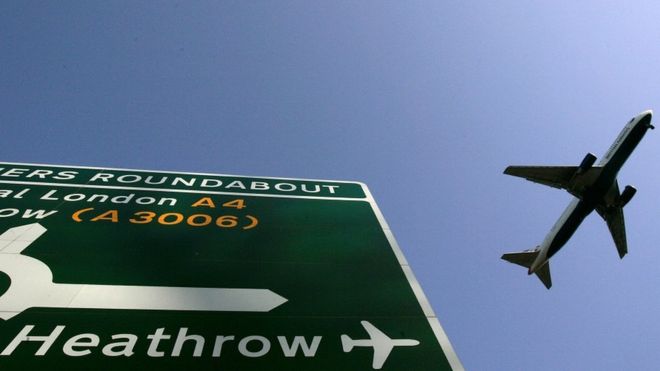 Plans to build a third runway at London-Heathrow have been made more difficult by a UK Court of Appeal decision today that the government’s previous decision to go ahead is illegal.

The ruling was that the decision was unlawful since it goes against the Paris climate agreement: part of the UK’s climate policy. The decision is not the final word; the judges have said that plans may go ahead in future if they adhere to the climate policy.

According to the Airports Council International, Heathrow is the world’s seventh-busiest airport in total passengers and second busiest for international passengers. It is also reported as being at 99% capacity.

The decision is seen as a victory for climate campaigners in the UK—including Greenpeace, Friends of the Earth and the legal charity, Plan B who led the appeal—and campaigners around the world.

Expansion plans stretch back as far as the 1990s. In December 2006 the UK Department of Transport supported the proposal and public consultation began in 2007 for the third runway and an additional terminal. In October 2016 a new runway to the northwest and terminal was adopted as official Government policy and confirmed in June 2018.

The arguments for the expansion chiefly revolved around the added opportunity for economic growth in the southeast of the country. The British Chamber of Commerce estimated that the additional economic benefits could be as high as £30 billion.

Arguments against the expansion centred on the expected increase in carbon emissions, the necessary destruction of local property and additional noise & air pollution. Those opposed included proportions of both Labour and Conservation parties, the Mayor of London, the local borough of Hillingdon, various environmental groups and the National Trust.

Proposed alternatives included better utilisation of existing capacity, (chiefly the increased use of the now-discontinued A380) greater use of other airports near London; Gatwick, Stansted and Luton, and greater use of regional airports such as Manchester, Cardiff and Birmingham. Additional construction and use of rail networks (such as the controversial HS2 project) would reduce the demand for domestic flights.

The global impact of the decision is likely to be significant; Margaretha Wewerinke-Singh, an international public law expert at Leiden University, has said, “For the first time, a court has confirmed that the Paris agreement temperature goal has binding effect. This goal was based on overwhelming evidence about the catastrophic risk of exceeding 1.5C of warming. Yet some have argued that the goal is aspirational only, leaving governments free to ignore it in practice.”

At the time of writing, the UK government does not appear to be planning to appeal whereas Heathrow Airport Holdings is likely to do so.