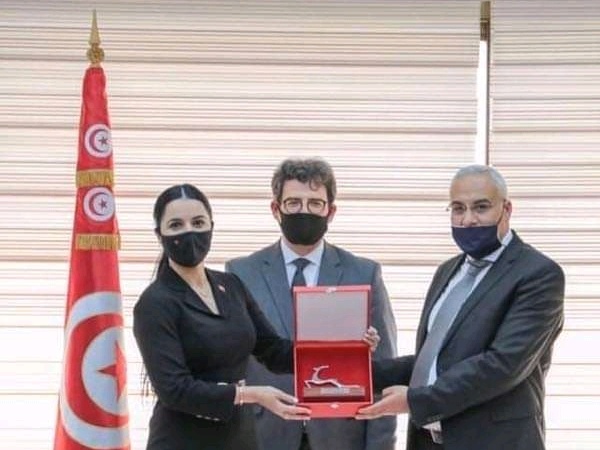 On 4th January 2021, the Tunisian Ministry of Transport and Logistics appointed Ms. Olfa Hamdi as the new Chairman and CEO of the national airline carrier, Tunisair. The appointment was made after about five months of firing former CEO, Elyes Mnakbi, on corruption allegations.

Why was a new CEO needed?

The underperforming national air carrier was put under control of one Belgacem Tayaa as a caretaker after former CEO, Elyes Mnakbi, was sacked. After her appointment, Olfa Hamdi took it to her Facebook page and posted, “We are all one hand for take off… We are all for protecting the deer.”

During the inauguration procession that was held on Thursday 7th January 2021, Tunisian minister for Transport and Logistics, Mr. Moaz Shaqshouq said that he wishes all the best and success to the new Tunisair CEO and that he invites various commercial, administrative and technical wires as well as the social party to cooperate and communicate positively with the new administration to provide the right atmosphere for the good functioning of the company.

At the same event, Olfa Hamdi also expressed her gratitude for the new position given to her and said that the responsibility entrusted to her to develop a strategic plan of action in the near, medium and long term doesn’t limit her optimism for the company’s future due to the value of competencies and capacities it has increased.
Olfa Hamdi’s administration at Tunisair comes at the time when the company is experiencing financial and social instabilities that are alleged to have started since the Arab spring in 2011. Due to huge debts, the company decided to lay off some employees in February 2019, however, the financial struggles still persisted. Olfa’s role will involve developing a strategic plan of actions to save and advance the airline company to gain competition in the global aviation markets, especially in Europe and Africa.

Who is Olfa Hamdi?

Olfa Hamdi was born and raised in Tunisia. Now she is a global expert in capital project strategic construction-driven planning and execution. She is an American trained engineer, inventor and Silicon Valley entrepreneur who founded the Advanced Work Packaging Institute before co-founding the Concord Project Technologies in 2016. She is also a founder and president of the Center for Strategic Studies on Tunisia.

She went to the University of Texas at Austin (2011 – 2013) where she was awarded a Master in Capital Project Management. From 2009 – 2013 she was at the Ecole Centrale de Lille where she was awarded a Master of Science in Engineering. Olfa Hamdi also holds a graduate degree in Alternative Dispute Resolution for construction disputes from Texas School of Law. In addition, Olfa is a fellow to State Bar of Texas Construction Law section.
Her first project management role is believed to have been the responsibility her grandfather entrusted to her ( when she was 13yrs old) to handle a part of the seasonal olive harvests in their land, Gafsa in Tunisia.

We congratulate Olfa Hamdi upon her position at the Tunisair company, and look forward to seeing her work with the carrier.

Sri Lanka to Open All International Airports on 23rd Jan

Read More
Meals on board a plane is always an experience, and this is certainly the case with airlines like…
Read More
British low-cost carrier easyJet has announced its first-ever ‘Advent(ure) Calendar’ filled with exciting travel treats – vouchers, flights,…