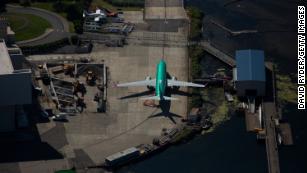 In a further blow to the credibility of Boeing, internal documents supplied by the company to the US House and Senate committees investigating the design of the 737 MAX have shown a wide variety of concerns about the certification process and the safety of the aircraft.

One worker asked if another would put his/her family on the aircraft, to which the reply was blunt; ‘No.‘ Another showed severe reservations about the quality of the training programmes. Views on the design of the aircraft were especially crude; that the MAX was ‘designed by clowns, who in turn are supervised by monkeys.‘ Another added, ‘piss-poor design.’

A key design and ultimately commercial issue was the need for simulator training for pilots to transition to the MAX from earlier versions of the 737. Had this been deemed necessary the purchasers would have accumulated enormous costs in simulator time.  An email from the chief technical pilot said; ‘…that there will not be any type of simulator training required to transition…. we’ll go face-to-face with any regulator who tries to make that a requirement.‘

Neither the MAX training nor the flight manual disclosed the existence of the MCAS system, the malfunction of which has been widely blamed as the cause of the fatal accidents that claimed 346 lives. Only tablet computer ‘training’ was required to deal with the differences between the variants of the 737. Boeing has reversed its position, now saying that simulator training would be recommended.

Boeing defended the statements saying, ‘We regret the contents of these communications, and apologize to the FAA, Congress, our airline customers and to the flying public for them.‘ The FAA said that the safety issues were already known and that the current certification process was dealing with their rectification. At the time the FAA had delegated responsibility for much of the certification to Boeing itself.

The Authority reiterated that it remained focused on a through process for returning the MAX to service and that there remains no deadline for conclusion for that process.

A New Airport for Iceland?