The RFDS: Here to Help a Mate When You Need Them the Most 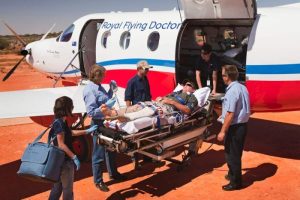 From then to now: How the RFDS continues to save lives.

Australia is a vast country, almost 4,000 kilometres (2,500 miles) long. While it makes for loads of opportunity for pretty sanctuaries, it also means that there are many underequipped rural communities, far from cities. Before the RFDS, those in these areas received little medical assistance. They would have to travel via horse, cart, or camel, and would often, unfortunately, die before they were able to make it.

On May 15th in 1928, Reverend John Flynn, the founder of the RFDS, met with the founder of Qantas, Hudson Fysh, and mutually signed an agreement to operate an aerial ambulance based in Cloncurry in Queensland. This was revolutionary. 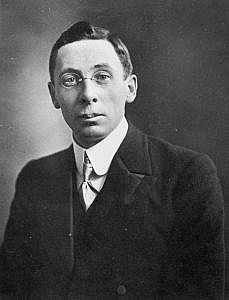 Originally called the Australian Inland Mission Aerial Medical Service, the RFDS grew rapidly from conception and by the late 1930’s were set up across the country.

From the 1960’s onwards, the RFDS no longer used aircraft contractors, with the ability to purchase their own aircraft with official RFDS pilots and engineers. Today, the RFDS has a growing fleet of 71, operating across 23 Australian bases. 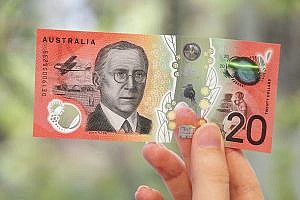 Fast forward 92 years and the RFDS is still out there saving lives.

Take a look at baby Daisy’s journey with the RFDS in February last year:

Shantell Kennell was happily pregnant with baby girl Daisy. One night, she woke up in severe pain. When she went to the hospital, she was told that she had extremely high blood pressure due to a severe case of pre-eclampsia and that the only way to save her life would be to deliver Daisy prematurely.

In order to do this, Kennell needed to travel 600km from Rockhampton to deliver safety in a specialist unit in Brisbane, Queensland.

The Rockhampton Aeromedical RFDS team come enabled with essential feeding tubes, infant syringes, and preterm baby emergency kits. Without these, they would not be able to fly mums like Kennell due to the risk of premature delivery in the air.

The RFDS were fit to reach Brisbane safety, ensuring that both Daisy and mum would survive birth.

Daisy is now a thriving, happy, and healthy one-year-old! 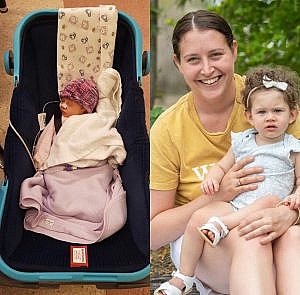 Daisy when leaving the hospital (left) and healthy mum and baby (right). Source: Flying Doctor and The Courier Mail

The RFDS largely rely on “Wings” members: One-time or regular giving donors who support the ongoing life-saving service that the RFDS has provided for 92 years and continues to provide. Wings members are just as essential as the pilots and medical teams needed to ensure this flying angel stays in the air.

In Western Australia, $6.6 million has been donated by a COVID-19 community support initiative established by the Chamber of Minerals and Energy of WA (CME). The funding was contributed to three key services, including the RFDS.

“We have been a trusted health care partner in WA for more than 90 years. We are there to help a mate when they need us the most – and that time is now, in the coming weeks and many months ahead,” said WA RFDS CEO Rebecca Tomkinson in response to the support. “We are incredibly grateful for the critical support from CME member companies which will assist us towards bolstering our service for the surge capacity we will need to respond across regional WA.”

In the words of John Flynn: “If you start something worthwhile – nothing can stop it.”

Who is doing the ‘Rescue Flights’?

COVID-19 Pandemic – How is it affecting South America’s Aviation Industry?