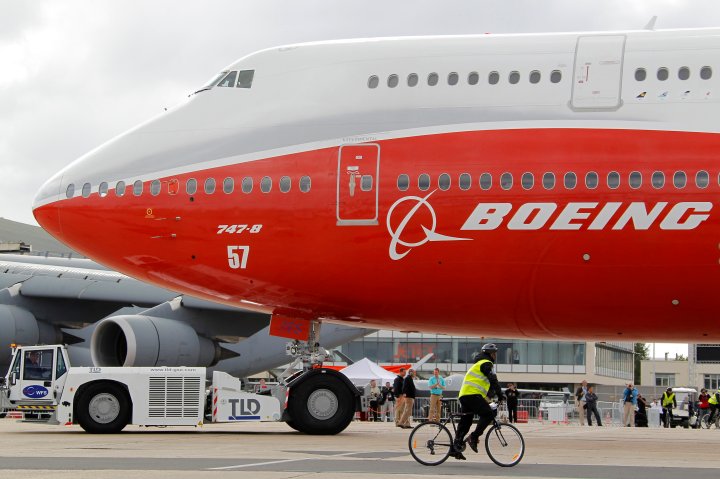 “New Airlines”, the two words which bring hope and can sometimes make things end in tears, cause some never see the light of day. Just as we thought the Boeing 747 was to be extinct in the near future thanks to more economical and fuel-efficient airplanes kicking it out of its place, a potential low-cost American carrier Issues Letter Of Intent For Purchase Of 30 747-8is.

The airline’s intent is to operate a sort of a milk run, with flights starting from Los Angeles (LAX) and then continuing on to Las Vegas (LAS), New York (JFK) and Miami (MIA), with the return flight traveling to those destinations in reverse order.

LOW-COST TRAVEL
Low-cost airlines operate using small aircraft so as to be able to land at smaller airports which have lower fees and this makes them be able to ferry more passengers on multiple legs at a lower price. This is how the likes of Ryanair, Easyjet and Southwest Airlines operate. They preferably use only one type of aircraft as this reduces the maintenance costs as only a few engineers certified for the type are needed.

Hardly do all seats get occupied in any aircraft hence it’s about ridiculous thinking how Avatar would be able to fill a B747. The Airline has a plan to get as much revenue as they can through low fares and corporate advertising on the aircraft’s fuselage.

Advertising
The advert industry is worth hundreds of billions and Avatar wants a stake in that too. They will sell ad space to help ensure that its ticket prices remain ultralow, even if Avatar’s expenses rise. Advertising agencies can also rent interior real estate spots, including placing ads on tray tables and overhead bin covers.

Their 747-400 seat map shows they offer 581 seats per aircraft (539 in economy and 42 in business class). Spreading the cost over many more passengers per flight would result in a lowered cost per passenger, but surprisingly they are hoping for close to 100% load capacity(unrealistic), even though an 84% load factor was used in their projection model based on the NTSB industry standards

Conclusion and Personal Opinion
The current status quo of shrinking aircraft, minimizing services that used to be free, only to charge passengers premiums for things such as legroom, baggage, and even overhead bins is atrocious and Avatar wants that gone and I see the point in that.

It would have been wiser though if they tried the A380. Air France and Emirates will off-load many in the coming years and should be way cheaper than the new 748i. The whale also has substantially more fuselage surface for corporate advertising and a bigger tail fin too, much catchier and higher than the competition – timeless. larger wing undersurface should also be considered. perhaps even logos on their huge nacelles. All four of them.
Competition is always welcome in aviation and I wish them the best of luck.

Read More
Helsinki Vantaa International Airport has started a trial using COVID-19 sniffer dogs to detect passengers infected with the coronavirus. This…
Read More
Air France has announced increased service to Canada this summer with the addition of service to Quebec City…
Read More
Terror struck last night in Afghanistan as the inevitable happened and the fear-mongering Taliban insurgents took control of…