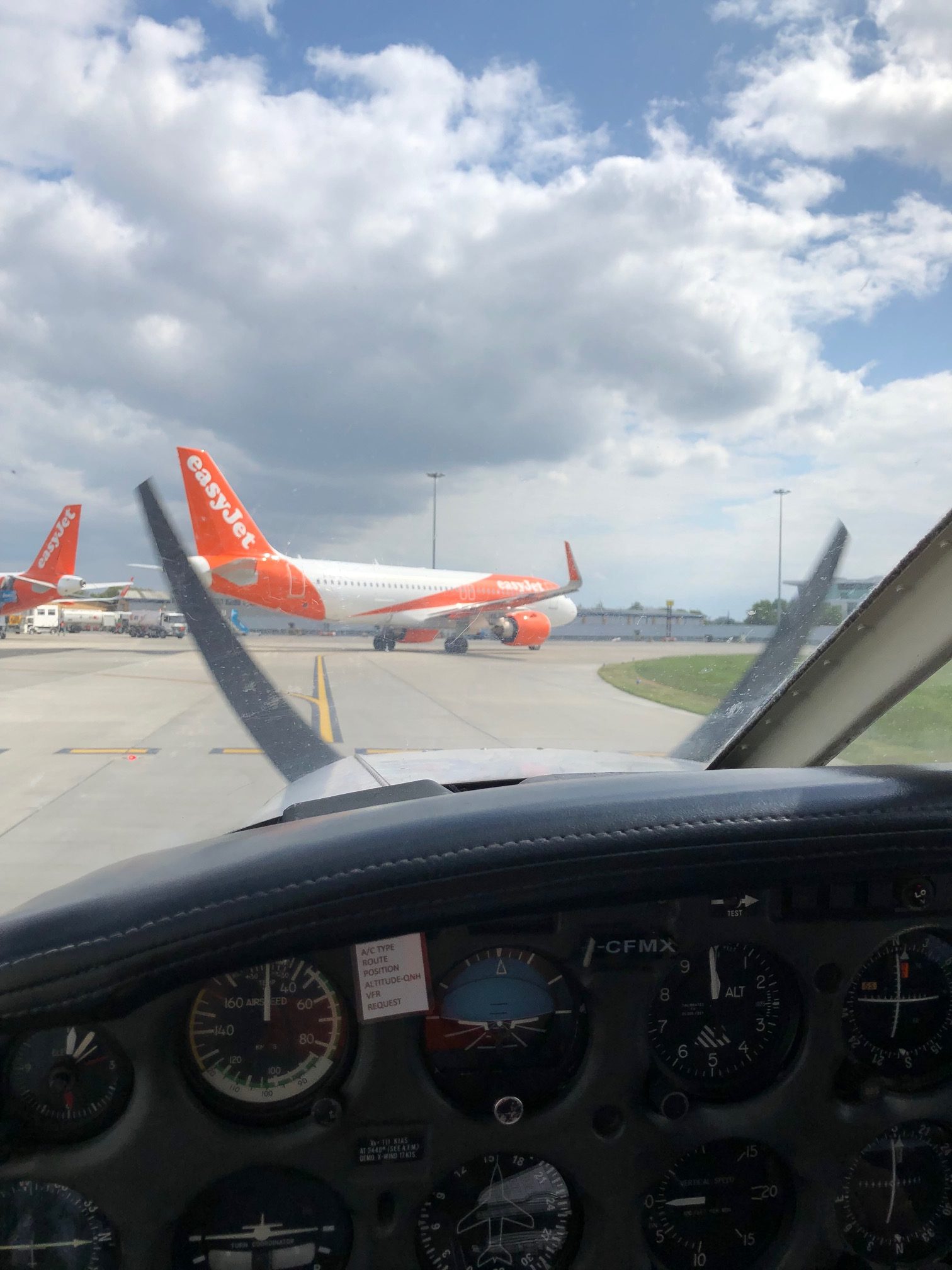 Home The Private Pilot Licence – The first foray into the cockpit

The Private Pilot Licence – The first foray into the cockpit

A few weeks back I wrote an article detailing the various routes into the right hand seat of an airliner and the financing options available to fund the training. In the following series of articles, I aim to dive further into the modular training route in particular, outlining each step in greater detail, breaking down some of the jargon and detailing what it means for you, the pilot.

The Private Pilot Licence (PPL) is the first licence required, when following the modular training route, on your journey to becoming an airline pilot. But what is a PPL? What privileges does it grant the holder? And what does the training involve?

As the name suggests, the PPL allows you to pilot an aircraft privately and with non-commercial passengers. Training is typically conducted in a single engine piston (SEP) aircraft (such as a Cessna-152 or Piper PA-28 Warrior) and as such allows the pilot, once qualified, to fly this category of aircraft for non-commercial purposes under visual flight rules (VFR). In layman’s terms it allows you to fly friends and family for fun, during the day (in good weather), in a single propeller plane and can offer some of the most enjoyable flying experiences on your training journey (particularly during hour building!).

Now the excitement at the prospect of breath taking views and far flung adventures with friends and family has developed, you may be wondering what training is involved to obtain the PPL.

The syllabus can largely be split into four main elements consisting of theory, the basics of flying, general handling & emergencies and navigation.

The theoretical component of training requires the study of the following nine topics, with a multiple choice examination for each:

All nine exams must be sat within six sittings, with a sitting consisting of a ten day consecutive period starting from the date of the first exam within that sitting. All theoretical exams must be passed prior to sitting the final skills test and these subjects will form the core knowledge required for the safe operation of SEP aircraft. This can seem scary and daunting at first, however rest assured that with good preparation and study, you’ll pick up the concepts in no time and it is always easier learning about something you are interested in. The practical training alongside also really helps to reinforce the theory!

Simultaneous to the theoretical study you’ll also be making your way through the practical aspect of training. The minimum requirement prior to sitting your skills test is a total of 45 hours flying (the average is 55 – 60 hours), of which a minimum of 10 hours must be solo, and the successful completion of a cross country qualifier (more on this to follow).

The first stage of practical training encompasses the core basics of flight including climbing, descending, turning, straight & level flight and stall avoidance and recovery. Ultimately this section of training is preparing you for your first solo and will culminate in a solo flight around the airfield circuit – a scary prospect at first but an experience and achievement you won’t forget!

The next stage of the practical element of the course focuses further on your general handling and management of emergencies away from the airfield. The general handling aspect teaches advanced turns, further stall recovery and slow flight, all ultimately improving your skills of handling the aircraft in an accurate and safe manner. Furthermore, the focus on safety is further consolidated through teaching emergency management away from the airfield. Here the focus is on emergencies in flight and demonstrates practice forced landings (a controlled, idle power, descent simulating landing into a field, climbing away prior to reaching minimum altitude), precautionary landings, diversions and recovery from a spiral descent. I found that this element of the training really started to build my confidence in the safe operation of the aircraft, knowing how to deal with potential emergencies.

Now possessing the skills to safely fly in the circuit, handle the aircraft away from the airfield and deal with potential emergencies, the final aspect of the training focuses on navigation. Here you are taught how to navigate using visual ground references, how to use the radio navigation aids available (VOR and DME) and will see you landing away at another airfield.

With the ability to now circumnavigate the local area, the final element of the navigation phase is to complete your cross country qualifier. This is a solo trip, of at least 150nm miles in distance, with a minimum of 2 landings at different airfields en route. This was by far my favourite element of the PPL training course, being able to put all components of training into effect to fly a multi sector route and culminating in a great sense of achievement.

The only thing standing in the way of you and your PPL now is the successful completion of your skills test. The skills test is a c. 2 hour test with an examiner, during which you’ll be tested on all elements of flight. This includes the pre flight activity (weather assessment, required paperwork, aircraft safety checks and briefings), a navigation and diversion exercise, general handling (stall recovery, practice forced landings, advanced turns, instrument flight…) and then circuits back at the airfield. This is probably the most daunting part of the course but, as with anything, good preparation and practice will aid significantly and in actuality it feels just like another flight with your instructor.

With the skills test passed, you can then send off for your PPL and you can now enjoy the privileges afforded to you as a private pilot.

The PPL can be completed in anywhere from as little as a few weeks to two years, depending on your availability and the weather. Personally, I flew only at weekends, trying to do two lessons on a Saturday and two on a Sunday where possible, and completed the course in four months.

The next stage of the journey involves your night rating, hour building and Airline Transport Pilot Licence (ATPL) theoretical study. These will be discussed further in the next article in this series.

Read More
To celebrate their 75 years of Excellence, Ethiopian Airlines has provided for us a trip down memory lane…
Read More
All flights on London City Airport’s (LCY) summer schedule are now being guided to take off and land…