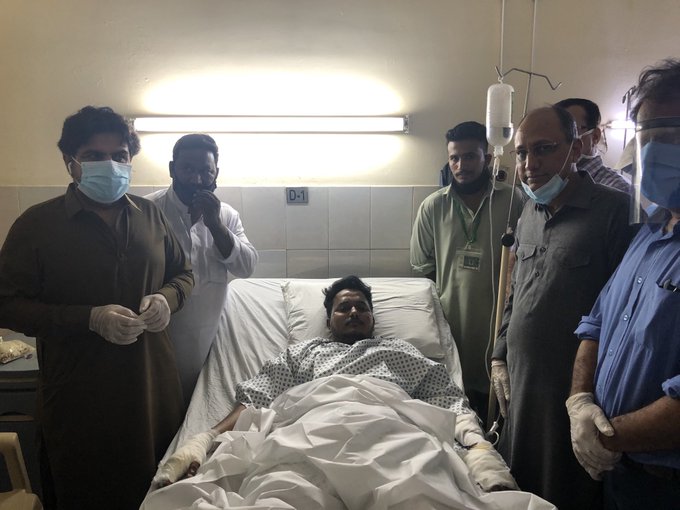 Home Smoke, fire and screams from all directions: A Pakistan Airlines crash survivor tells how the plane came down after failed landing

Smoke, fire and screams from all directions: A Pakistan Airlines crash survivor tells how the plane came down after failed landing

One of the Pakistan Airlines crash survivors has told of his terror as the Airbus A320 came down on top of houses in a residential area close to Karachi Airport, killing dozens of people.

According to local media reports in Karachi, only two people survived the crash, with 97 people believed to have died in the tragic incident. Sindh health officials said that 97 people had been confirmed dead, while two survived the crash, after the Pakistan Airlines flight crashed with 91 passengers and 8 crew onboard.

Engineer Muhammed Zubair told Geo News that the pilot had attempted one landing, briefly touching down on the runway, before the plane took off again, although witnesses have told media and officials they believe the flight tried to land three times.

Zubair said the pilot continued to fly for around 10 minutes before making an announcement to passengers that he was going to make another attempt to land. The plane then crashed while approaching the runway.

Zubair is now recovering at the Civil Hospital in Karachi after suffering burns during the crash. Describing the scene from his hospital bed, he said: “All I could see around was smoke and fire. I could hear screams from all directions – kids and adults. All I could see was fire. I couldn’t see any people, just hear their screams.”

The other survivor was Bank of Punjab manager Zafar Masood, who is understood to have suffered fractures during the crash. He is conscious and said to be responding well, having managed to tell officials that he was sitting in the front row, in seat 1C.

A spokesperson for the Sindh health minister has told local media that Zubair suffered 35 per cent burns during the crash and is undergoing treatment at Karachi’s Civil Hospital, while Masood has four fractures and has been taken to the nearby Darul Sehat Hospital.

Another woman was thought to be a third survivor of the crash, but it has been established that she was actually a resident in the area where the Flight PK-8303 came down.

Read More
Holiday time is usually welcomed by people with open arms. It’s a time to get away from work,…
Read More
News just in this morning, that an UTair flight made a crash landing at an airfield in Siberia,…