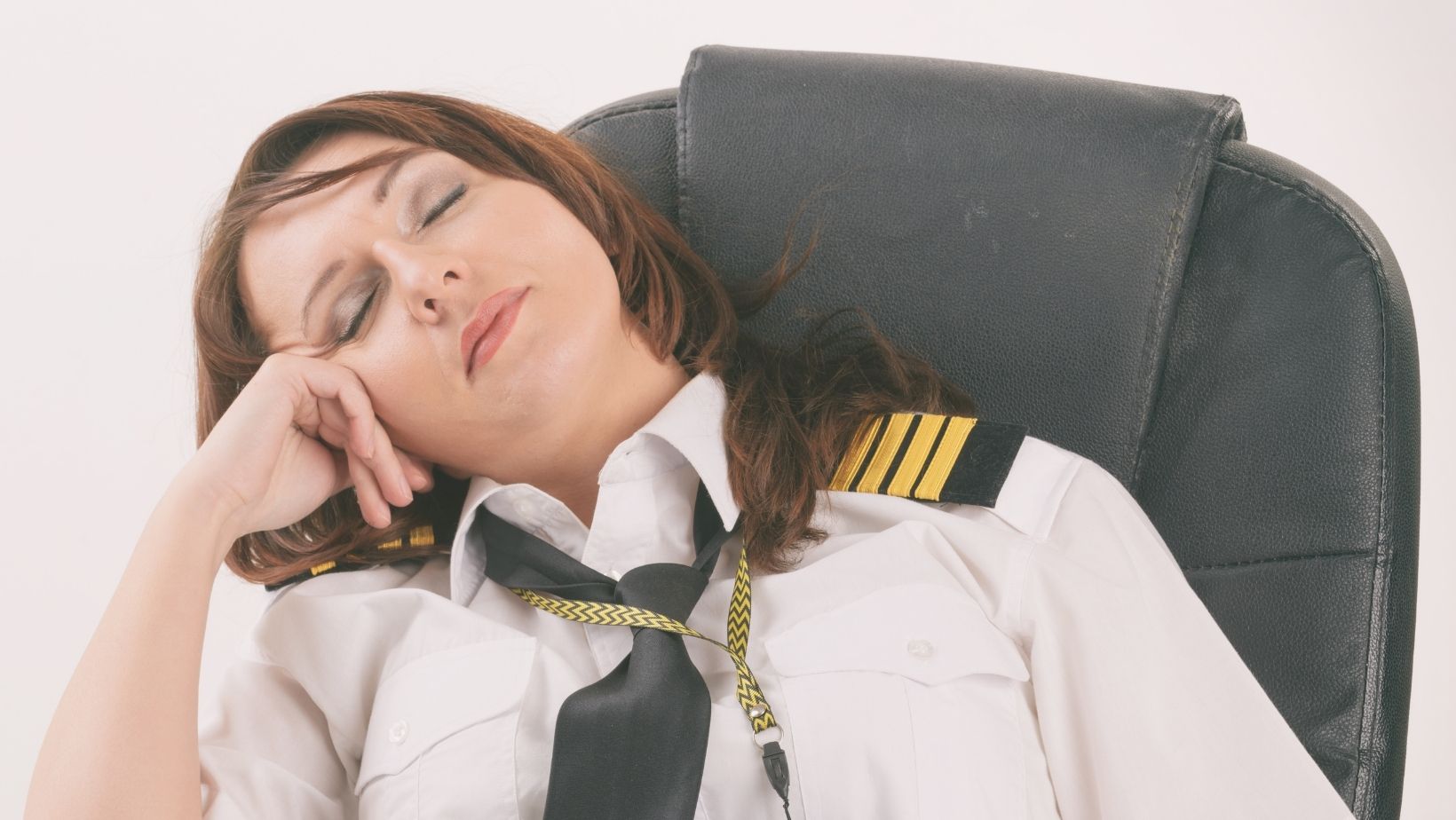 Sleep Issues Among Pilots – an Exclusive Interview With an Aviation Psychologist

A pilot’s itinerant lifestyle seems glamorous, with opportunities to explore exotic locations and enjoy free hotel stays.  However, the grandiose and high flying lifestyle can come along with grovelling detriments, including sleep issues, diseases and mental health issues. Sadly, these low sides are overlooked or furtively hidden behind the envy-inducing pictures of pilots on social media. To discuss these issues, we have interviewed Allan Baker.

Who Is Allan Baker?

Allan Baker is a retired Royal New Zealand Air Force Pilot and registered psychologist. He is also the Jim Collins Memorial Award holder for his outstanding contributions to aviation safety in the New Zealand aviation industry. Furthermore, he is the author of  “BLIS™ For Insomniacs“,  —  a book that provides a detailed treatment that he has developed to help insomniacs and aviation professionals with sleep disorders and sleep problems to actively bring on sleep.

When others would usually be asleep, pilots work and travel around the globe, crossing several timezones. This lifestyle disrupts the sleep cycle/ circadian rhythm and makes them prone to a plethora of detrimental diseases. This is due to a myriad of factors, including distortion of hormones.

According to Allan Baker, workers with metabolic diseases such as diabetes are correlated to working during graveyard shifts. Besides, the disturbed sleep cycle affects the brain’s prefrontal cortex, which is imperative for decision-making skills.

Also, in a recent study conducted by an international pilots organisation, among 282 retired pilots, sixty percent died within five years of their retirement. Though the sample is less, the results are quite astonishing.

However, to further substantiate the research, the International Federation of Air Line Pilots Association has begun a worldwide study with a prodigious sample of 700,000 pilots across 69 member organisations.

Allan Baker says that constantly working in the early morning hours could affect the body’s metabolism and general resiliency. Furthermore, several studies indicate that if you continuously disturb the ability to get to sleep in those small hours of the morning, then the impact on many vital bodily functions is disturbed.

What Can Pilots Do to Mitigate Sleep Issues?

To resolve this issue, Allan Baker suggests that increasing the crew on deck would enable pilots to have a long period of restorative sleep. Allowing this type of sleep would substantially increase air safety as well.

The National Institute of Health (NIH) and the National Sleep Foundation have listed a few suggestions for pilots to reduce the disruption of the sleep cycle or circadian rhythm:

Should Stimulants Like  Caffeine Be Used to Help in Staying Alert for Pilots?

Pilots are required to stay alert for their job, and therefore, stimulants like caffeine are popular among them.

Caffeine is known to be an inhibitor of a sleep-inducing hormone called adenosine, making one vigilant when doing their job. However, according to  Allan Baker, though it enables a high level of alertness, it does nothing but shifts out the sleeping time.

It is beneficial during the take-off and landing phase since they require the highest levels of alertness. However, after two to three hours, when pilots find themselves in their hotels to rest, they cannot, as caffeine remains in the system for almost six hours!

Additionally, according to a study, consuming more than 300 mg of caffeine per day may have a detrimental effect on the performance of pilots. Therefore, pilots are advised to remain careful when consuming caffeine.

Consumption of Sleeping Pills Among Pilots

According to Allan Baker, many long haul pilots consume sleeping pills to mitigate sleep issues. The most popular one among pilots is Zopiclone since it has a short half-life.

When it comes to addiction to those substances, as per Baker, any substance that helps us achieve something without effort has the potential to be addictive. Therefore, such substances are falsely marketed to be non-addictive.

Since pilots, more often than not,  devoutly adhere to the protocols associated with such drug usage, the attitude of the regulators and airlines is pretty optimistic with no opposition.

However, the quality of sleep with such drugs is not the same as the restorative sleep that one gets in the absence of such substances. Therefore, pilots are advised to consider such substances to be their last resort.

Pilots Should Speak Up!

Every pilot who speaks up about their sleep problems and mental health issues may not always be treated fairly and in fact, may also have a high chance of permanently losing their medical certificate. Therefore, they feel reluctant to speak up.

For these issues, Allan Baker has worked extremely hard with New Zealand and Australian regulators to provide an environment where pilots could get the assistance they need and be treated fairly. It is done so that they can go back flying without any hassle once their issues are resolved.

According to a 20-year-old study, among pilots coming to the end of 35-40 years of flying career, one-third of them said that at one point of their career, they had had an issue that they believed should have grounded them. However, they didn’t speak about it because of the fear of being grounded.

Many of those pilots either self-medicated or referred themselves to a practitioner who had no knowledge of their profession and got assistance. Allan Baker highly suggests conducting this study again for air safety.

According to him, systems and the authorities of every country should be understanding and encourage pilots to speak up and get assistance. However, this will only happen when they are treated fairly.

Sleep issues and mental health among pilots are serious issues that affect not only them but also air safety. Therefore, it is imperative to bring out those issues and destigmatise them.

Allan Baker has generously offered a free 1:1 session to help anyone facing such issues. If you are one of those pilots who face sleep issues or mental health problems, do not hesitate to comment below or email Allan Baker at  [email protected]

Rohan is a computer engineer and a student pilot. Having worked with a myriad of start-up aviation companies, he has a wealth of experience in the aviation industry—whether it being a software developer intern to being a blogger for aviation companies. In addition to his background in aviation, he is also passionate about writing. Outside of TR, he used to write for a start-up company that deals with providing aviation jobs for aviation job seekers. Aside from this, he manages two non-aviation related websites. He also has an affinity to travel. As a matter of fact, he has a dream to become a pilot, travel the world and write about his journey.

How To Prevent Flight Delays?

Read Article
Yesterday marked the end of the Dubai Airshow 2021, the largest and most hyped-up aviation event this year.…
Read Article
You will often hear, towards the end of a pilot’s announcement, about the number of languages spoken by…