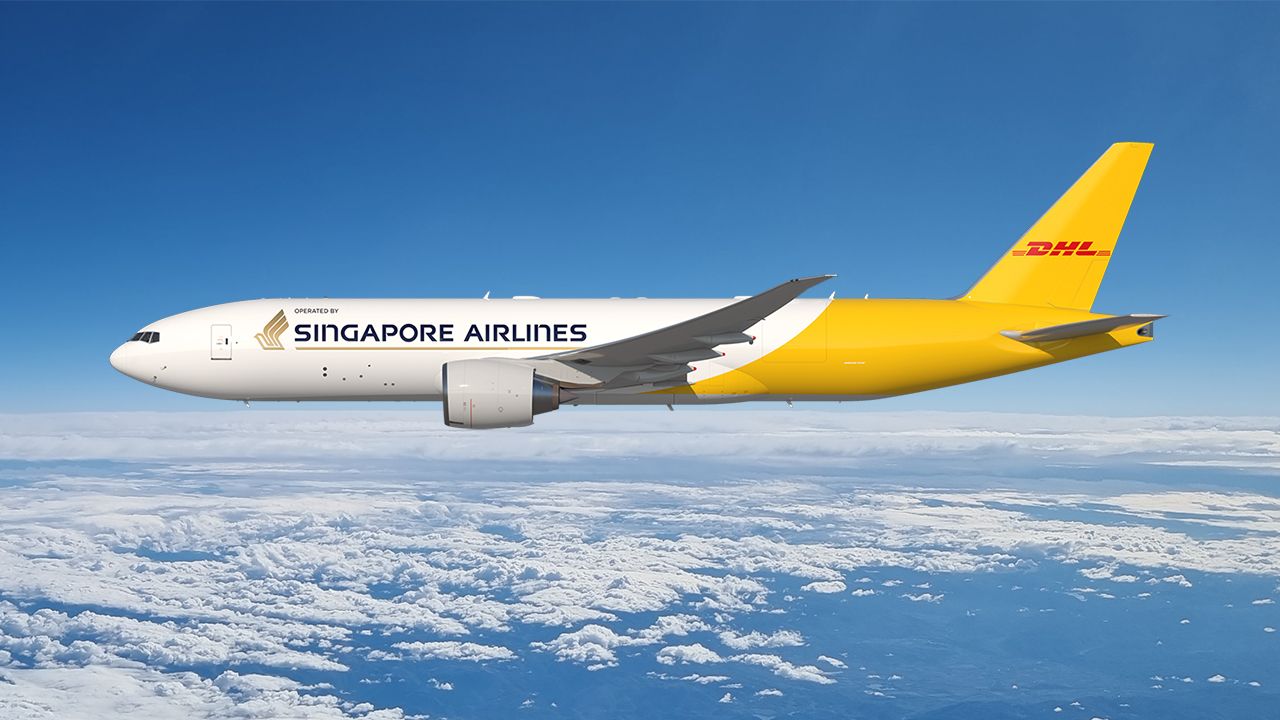 Singapore Airlines has recently received its first Boeing 777 freighter aircraft. But what makes this delivery different from most is that the aircraft is particularly special – the birth child of a deal signed between Singapore Airlines and logistics giant DHL earlier in the year.

One of a kind

The aircraft flew under registration 9V-DHA and stood out with its unique dual Singapore Airlines-DHL livery thanks to the deal signed between the two companies to expand express services that connect the Asia-Pacific region with the Americas.

What was the deal?

In March, DHL Express ented a Crew and Maintenance agreement (CM) with Singapore’s national airlines in order to deploy a total of five Boeing 777 freighters. This week’s delivery is one of the 5 expected B777Fs.

The deal will allow Singapore Airlines pilots to operate the special freighters to the United States via various points in North Asia. At the same time, ground and maintenance crews look after the planes like any other SQ plane.

DHL was motivated to partner with the Star Alliance carrier after noticing the strong potential for growth in trans-Pacific trade lanes. Collaborating with the flag carrier will also help DHL Express expand its services across the Asia-Pacific and the Americas by connecting the two.

DHL’s Asia-Pacific boss, Ken Lee, commented at an earlier date that the agreement guarantees capacity on critical routes exiting Singapore as the airline works to adjust according to ongoing growth in the Asia-Pacific trade.

Singapore Airlines will benefit from this partnership too. As demand for cargo skyrocketed, investing in freight alongside passenger operations will boost revenues.

SIA’s cargo operations currently tend to over 90 destinations while DHL operates over 320 freighters across a global network of 220 countries and territories.

If Singapore Airlines is keen to improve its freight operations following a revelation of the importance of cargo service, a partnership with DHL is surely the most ideal. And it seems as if the carrier is keen to improve cargo service – the Singaporian airline has also ordered Airbus A350F freighters as part of its fleet renewal programme.

Moving on up now…

The 9V-DHA will soon be accompanied by four more B777 freighters. The second Singapore Airlines/DHL aircraft is currently due to arrive in October of this year. The remaining 3 are due to arrive in 2023.

What do you make of Singapore Airlines’ efforts to grow its cargo operations with DHL? Comment below.