Sean Doyle, the new CEO at British Airways (BA), claims that pre-flight testing is the only solution to revive the aviation industry.  In his view quarantine on arrival, even if reduced to seven days, is a major deterrent to travellers.  Doyle made these comments during his first public appearance at the Airlines 2050 conference. 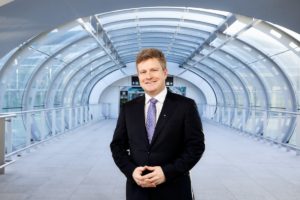 The proposal to introduce pre-flight testing is not a new one.  In August BA announced it was looking at the possibility of introducing pre-flight COVID-19 tests through a third party.  The airline believed this would result in a significant increase in passenger numbers.  It would also help passengers travelling to destinations that required a negative COVID-19 test result prior to arrival.  And, testing facilities have been available at London Heathrow since July.

Doyle is promoting the same idea as the only way to revive air travel.  He is particularly concerned about air connectivity between the UK and the USA.  Prior to the COVID-19 pandemic its flagship route, London Heathrow to New York JFK, was the world’s first billion-dollar link.  Doyle also claimed the airline was not getting any help from the government.  He rejected the UK government’s test and release plan.

The Test and Release Plan for Arrivals in the UK

On October 15 Britain’s transport minister, Grant Shapps, announced his coronavirus testing plan.  This plan would require travellers arriving in the UK to quarantine for a week.  Then, a single test would be taken around a week after arriving from a high-risk country.  This test would be at the expense of the passenger.  A negative result for COVID-19 would allow a passenger to leave quarantine on day eight of their self-isolation.

IATA is backing BA’s demand for a system whereby travellers arriving in the UK must have proof of a negative COVID-19 test up to 72 hours before flying.  The association does not think the test and release plan goes far enough.  It believes that any period of quarantine will act as a deterrent to the majority of travellers.  It is currently working on the development of a global standard for testing regimes.  But the introduction of widespread pre-flight testing is reliant on acceptance by all governments.

As Doyle concluded the most important issue now is to get people flying again otherwise there is a risk the UK industry will not survive the coronavirus crisis.