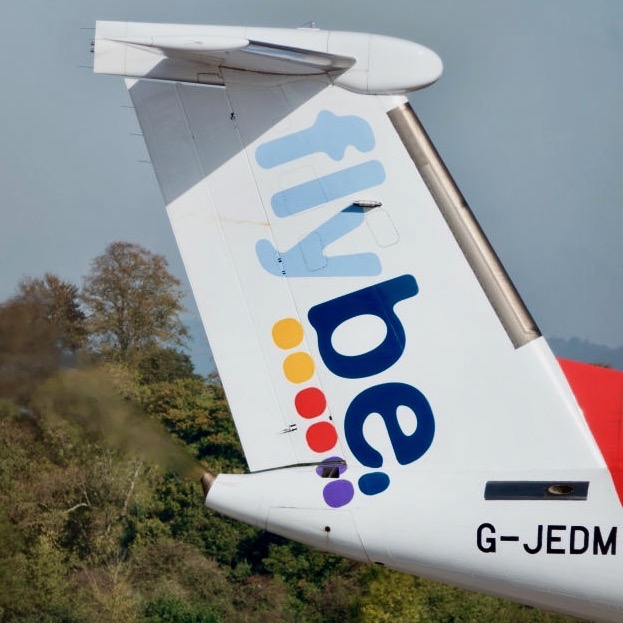 Flybe entered administration on 5 March 2020.  All its flights were grounded and the UK airline stopped trading with immediate effect.  At the height of its operations, Flybe was responsible for around 40% of all regional flights in the UK.  In particular the links with KLM long haul flights departing from Schipol Airport in Amsterdam.  There is now a glimmer of hope that Flybe could take-off again in 2021.

Why Flybe Went into Administration

For over a year Flybe had battled to survive.  In February 2019 Thyme Opco (an investment firm owned by hedge fund Cyrus Capital) in a consortium with Virgin Atlantic and Stobart Group (owner of Southend Airport) took control of Flybe.  But this rescue attempt failed.  Flybe was already struggling due to intense competition from other budget airlines, a weak pound and Brexit.

In January the airline appealed to the UK Government for help.  It was allowed to defer air passenger duty but discussions relating to a loan failed.  Ryanair boss, Michael O’Leary led the opposition to a government funding package.  He referred to it as a billionaires’ bailout due to Virgin’s Richard Branson’s part-ownership of Flybe.

The dramatic reduction in passenger numbers due to COVID-19 meant survival became impossible and in March it went into administration with EY.  But the administrators continued to look for a way to rescue the airline.  Now, a former shareholder could be about to agree to a rescue deal.

What Makes a Revival of Flybe Possible?

Crucial to any rescue of Flybe was the retention of the airline’s licence and its slots.  EY has won a legal battle to keep the carrier’s operating licence.  However, slots may be a problem.  IAG, the parent company of British Airways took over Flybe’s slots at Heathrow when the airline ceased operations.  The administrators challenged their right to these slots.  And the European Commission granted them grandfathering rights on 4 August.

Thyme Opco, acting alone, has reached a deal with the administrators of Flybe.  It has acquired the airline’s remaining assets, including its intellectual property, stock and equipment.  Their spokesperson is optimistic that the airline will re-commence operations in the spring.  He went on to say: “We are extremely excited about the opportunity to relaunch Flybe. The airline is not only a well-known UK brand, but it was also the largest regional air carrier in the EU, so while we plan to start off smaller than before, we expect to create valuable airline industry jobs, restore essential regional connectivity in the UK and contribute to the recovery of a vital part of the country’s economy.”

Cathay Pacific announced the restructure of business including the cease of operation of its subsidiary airlines and cutting 8,500 jobs