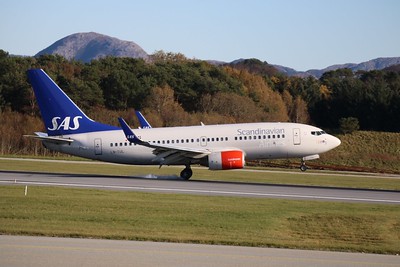 After failed negotiation talks resulted in a staff walkout on 4th July, the parties decided to return to the negotiating table on Wednesday in the Swedish capital, Stockholm. Negotiations are being held at the Confederation of Swedish Enterprise. The state of negotiations will determine whether current strikes will be put to an end, two weeks after they began.

The current state of talks

As of Saturday, talks are still continuing with both sides showing immense willingness to come to a consensus. Norwegian mediator Mats Wilhelm Ruland, who refrained from booking a flight home to Norway on Saturday night to continue talks, said in a press statement that there is a “sincere will to resolve this”.

Despite enthusiasm from both parties to secure a deal, there remains issues as many are not as optimistic that such a deal will be agreed upon. On Saturday morning Marianne Hernaes, chief negotiator for SAS, told Swedish news agency, TT, that they would quickly go ahead with talks but she expressed doubts concerning the chances of an agreement being reached that day. As we now know, an agreement has not yet been reached and talks are expected to continue. To echo the shaky state of negotiation, Ruland told news agency E24 that SAS and the pilot unions have made progress on a new savings deal to put an end to the strikes but that certain issues remain unresolved. During a break in negotiation on Saturday Ruland told E24 that:

“there are still many big questions that need to be solved,” though “the development in the first hours has been good.”

This all comes after pilot strikes consisting of around 1,000 pilot participants from Denmark, Norway, and Sweden, which commenced on 4th July. Pilots are striking in opposition to wage cuts and SAS’ controversial decision to not rehire pilots that lost their jobs due to the pandemic, and instead, hire external applicants for jobs on less attractive terms with newly developed schemes SAS Link and SAS Connect. The strike has been severely costly for SAS. The airline revealed that the strike has caused 2,500 flight cancellations, affecting 270,000 passengers and costing the carrier between $94 million and $123 million. The walkout was monumental in sparking the airline’s decision to file for bankruptcy protection in the US earlier this month.

Will SAS and the pilot unions come to an agreement and put an end to the strikes? Let us know your thoughts in the comment section!

Aviation Reporter Intern - Claudia covers the Scandinavian, North American, and African regions. Outside of the travel industry, Claudia is a current History and Politics student at the University of Edinburgh.

Read Article
Earlier today, an Airbus Airbus A320 operating flight #JD5716 (Registered B-6858), whilst taxing to the stand having landed…
Read Article
American Airlines, British Airways and the Oneworld Alliance have completed a joint testing trial which demonstrates that a…