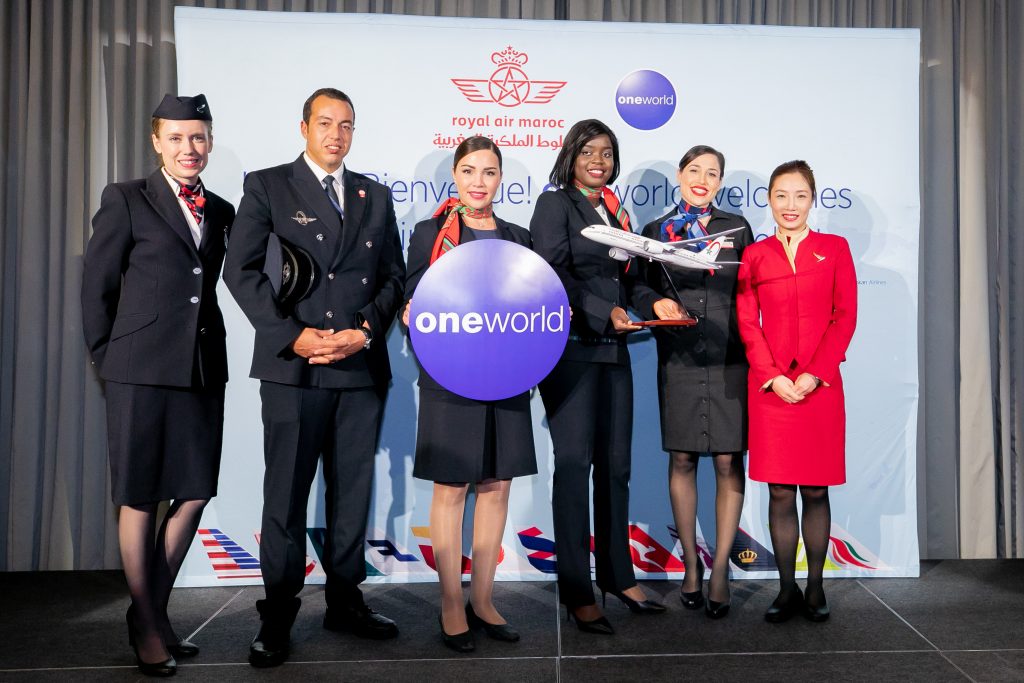 With its network of more than 100 destinations in 49 countries, Moroccan national carrier Royal Air Maroc (RAM) announced that it will officially become a full member of Oneworld, a global airline alliance, on March 31, 2020.

“Royal Air Maroc is excited and honored to have been invited to become oneworld’s wings of Africa. We look forward to completing our flight on board speedily and smoothly so that we can offer the services and benefits of the world’s best airline alliance to our customers and across our own network as soon as possible.  We will be flying alongside the finest collection of air carriers in the skies, while at the same time making it easier for people all over the world to reach our historic and beautiful part of the world.  This undoubtedly represents one of the most significant landmarks in our airline’s 60-year history and on our journey to establish Royal Air Maroc as the leading airline of Africa.” Royal Air Maroc CEO Abdelhamid Addou said.

This new collaboration makes RAM the first African company to be a full member of Oneworld and is really important for Oneworld who didn’t have any Africa-based members. SkyTeam has Kenya Airways and Star Alliance includes Ethiopian, Egyptair, and South African Airways. This venture now means Oneworld loyalists will have access new African destinations.
Royal Air Maroc will add 34 new destinations and 21 countries to the alliance’s map bringing Oneworld’s network to 1,069 airports in 178 countries and territories.

The Alliance audited the company security systems and confirmed that they comply with the best, recommended practices. Don’t forget this is one of the safest airlines in Africa.

Royal Air Maroc
Royal Air Maroc is the flag carrier of Morocco and carried 7.3 million passengers last year on an average of 245 daily departures. They own a fleet of around 60 planes which include The Boeing Dreamliner, 737 NG and Max, Embraer 190 among others.

The airline flies to a number of destinations with Five being to North America (Boston, Miami, Montreal, New York,JFK and Washington Dulles). Other destinations include Rio de Janeiro in South America, Jeddah and Doha in Asia among others. Under its five-year growth plan, its fleet will increase significantly, as it extends the reach of its network from the current 94 destinations to 121.

Oneworld
With its central office in Manhattan, New York, Oneworld was founded on February 1, 1999, by some of the world’s leading airlines, committed to providing the highest level of service and convenience to frequent international travelers.

Read Article
Flybe entered administration on 5 March 2020.  All its flights were grounded and the UK airline stopped trading…
Read Article
United Arab Emirates national carrier Etihad Airways is trialling the IATA Travel Pass until 31 May on flights from…