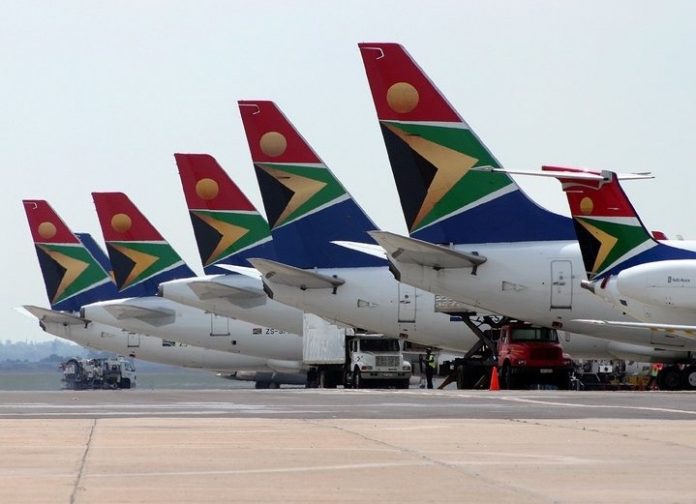 The South African Government through the Department of Public Enterprises (DPE) on Friday 18th September, 2020, announced to reprioritise funds to finalise the restructuring of the South African Airways (SAA).

The restructuring of SAA is part of the business rescue plan that was launched to save the state-owned airlines that is allegedly characterized by losses, unpaid staff, and debts. The department says that SAA needs to secure a credible partner that will provide financial, technical, and operational knowledge to the Airways.

“The DPE will continue to assess the 20 unsolicited expressions of interest from private sector funders, private equity investors and partners for a future restructured SAA.” – DPE

The department stresses that the national carrier will not be liquidated and adds that, “the DPE is sympathetic to the plight of SAA employees, while continuing to work with other government departments, including National Treasury to make sure that the airline’s restructuring plan will be successfully implemented.”

Last week, members of National Union of Metalworkers of South Africa (Numsa) and South African Cabin Crew Association (SACCA) presented a joint memorandum of demands to the DPE at the SAA’s headquarters in Kempton Park, Johannesburg and threatened to protest if their demands are not addressed. Their demands include the DPE securing a R.10.4 billion that is required to begin the restructuring process.

“If you don’t respond to our demands, we are going to make this country ungovernable, and it’s not just us. The working class is angry, and they have got good reason to be angry.”

Despite the current situation, the President announced that restrictions on international flights will be eased soon and the DPE is set to find a sustainable source of funding for therestructured SAA.

What are your thoughts on SAA’s restructuring? Let us know in the comments!

Read More
The Barcelona-based low-cost airline Vueling has announced 28 new routes out of their base in Paris Orly Airport…
Read More
After the best part of two years, Australia’s largest state Western Australia will finally relax its “hard border”…