Home » ‘Once Upon a Saga’: Stuck in Hong Kong!
CoronavirusTravel

‘Once Upon a Saga’: Stuck in Hong Kong!

Torbjørn “Thor” Pedersen, describes himself as modern Viking, an extreme traveller, and Danish adventurer. Thor is on an epic journey to visit every country in the world without taking a single flight. After being on the road for about 6½ years (9 countries away from reaching his goal!), COVID-19 restrictions wouldn’t allow him to leave Hong Kong.  He’s also a goodwill ambassador for the Danish Red cross.

Once the Hong Kong Tourism Board found out that he was stuck, they offered to safely host him on a tour of the city to learn about the culture.

Travel Radar asked him some questions about his stay in Hong Kong. Here’s what he had to say.

Which has been your most enjoyable experience to date in HK? 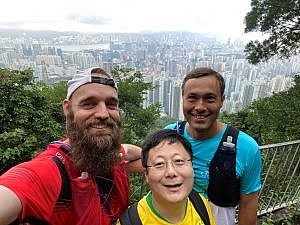 I’ve been stuck in Hong Kong for over four months and had many experiences but my answer has to be completing the Hong Kong Trail.

While it’s not the most scenic of the four ultra-distance trails in the area, I got to do the 50 km (31 mi) together with three good friends. I’ve largely been alone throughout most of my travels during the past 6½ years. With an average of about twelve days per country, I hardly have enough time to forge local friendships. But here in Hong Kong, I had the time to make some local friends Brett, Dehua, and Leon who joined me, and that was really special. Things are just better with friends!

Aside from the inconvenience of Covid-19 pressing ‘pause’ on your journey, is there an aspect/experience of Hong Kong you think could be improved the next time you visit the city?

Hong Kong is remarkable: both small and large at the same time. I have a fiancée back home in Denmark, and I’d love to show her this place and introduce her to friends. I’m on a $20 a day budget, so to stay with her at a nice hotel and not worry about the cost would be a big improvement!

In your blog, you have mentioned that you are lucky for being in Hong Kong in these tough times. What is it about HK that you find so appealing? Why?

Prior to the COVID-19 outbreak, I was making my way through the small Pacific Island nations and spending time on ships. I was certainly destined to get stuck somewhere! It was far more likely that I would have been stuck on a tiny island or a ship.

Following the news, I’m almost certain that Hong Kong has handled the pandemic better than almost anywhere. The territory has never been under lockdown, and I have been free to explore and move about as much as I wanted. The shops are open, and there are many historical sites and a variety of different neighbourhoods. 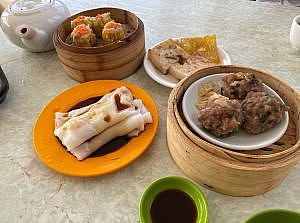 While I wish I were on my way to complete this project, Hong Kong has certainly provided the best second prize for me. In a word, the benefit of being stuck here is ‘opportunity’.

How would you say East Asia, especially the cities of Hong Kong and Macau where the tourism industry is vital, are dealing with the present situation?

It’s tough times everywhere. I’ve never been to Macau as the border closed before I had my chance. Normally many people here would now have left Hong Kong, but nobody has been able to leave, and there are virtually no tourists. So Hongkongers have become tourists at home. Locals tell me that it’s interesting to see people here play tourist in their own backyard taking pictures and posting selfies. The government has helped the tourist industry cover some of the losses. But it’s definitely tough times!

Are there any significant lessons you’ve learned as a result of your journey? 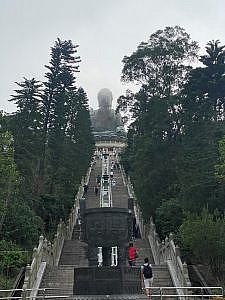 I think most of us know that media just shows a very narrow perspective of reality. So it has been fascinating to see the world “behind the cameras”. As it turns out, the world is far more peaceful and normal than you would imagine. People are truly just people. The real world seems to focus a lot on family, work, education, music, sports, weather, social media, and food. People get stuck in traffic, watch sitcoms, take selfies, and fall in and out of love. We probably all had some idea about that already, but one thing is to suspect it, and something else is to experience it and know it.

The project motto of ‘Once Upon A Saga’ has always been a stranger is a friend you’ve never met before. It was something that simply sounded nice when I left home in 2013. However, it quickly proved to be a reality. We can’t be friends with everyone, but it’s not hard to give it a try, and in most cases, it works out well. This world is not perfect, and many people find themselves in a tough spot. However, even more, people are doing just fine with life’s ups and downs. I think that’s an important lesson to understand now that the world is becoming more and more connected across media, the internet and travel.

While we have our differences, we ultimately have far more in common no matter which corner you look to on this pale blue dot.