With more than a hint of irony, we learn today—Canada Day—that the national carrier, Air Canada is suspending 30 domestic routes and closing eight stations as a result of collapsed demand. All of the routes are operated by partner Jazz. This comes after suspending flights to the US. 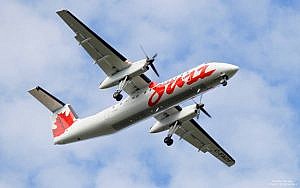 The cuts and suspensions are part of the service withdrawal en route to a target of just 25% available seat miles compared to the third quarter of last year.

Canada is the world’s second-largest country by land area (after Russia) with vast and sparsely populated northern expanses that can only be realistically be served by air. It is in these areas that many of the routes and station closures are taking place, including bases at Gaspe (YGP), Baie Comeau (YBC), Mont Joli (YYY) and Val d’Or (YYB) in northern Quebec.

The cuts take place in the context of heavy restrictions on travel, both to and within Canada. The chief executive Calin Rovinescu has been scathing of the Canadian Governments approach, particularly recently. At the virtual shareholders meeting on 25th June Rovinescu said ‘In imposing comprehensive, blanket quarantine and other travel restrictions, our government effectively deployed its emergency powers. And, at the time, broad-brush, immediate blanket prohibitions may well have been necessary, having been introduced at the peak of the crisis….Now, more than 100 days later, aviation in our country is still largely closed and an enormous amount of people in Canada are severely impacted.’ 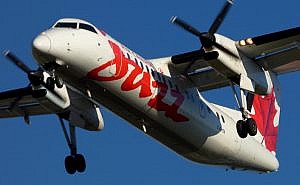 Air Canada was amongst the first to cancel orders for the beleaguered Boeing 737 Max and was recently successful in raising C$5,5 billion (£3.5 billion) to save it from bankruptcy after planning to lay off 20 000 employees.  Air Canada’s main competitor, the Calgary-based WestJet, isn’t immune to the difficulties: on 24th June it too sought to save money by eliminating 3 000 jobs.

The national operator doesn’t expect volumes to return to 2019 levels for three years.