Norwegian Steps Back from the Edge

Airlines across Europe and the world have been seeking government rescue packages as demand has collapsed with fleets being grounded and financial reserves rapidly running out. Both the Air France/KLM and Lufthansa groups have sought and won government support. 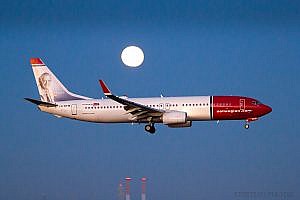 Norwegian is no different in most respects, except the conditions imposed by the Norwegian government on how the airline’s assets are financed—a specific ratio of debt versus shareholding. (or ‘equity’) Even before the coronavirus outbreak Norwegian was in financial difficulties due to the massive debt incurred in financing its aggressive low cost/long-haul expansion into the Americas and Asia. A week ago it said that almost all of its 160-strong fleet would stay on the ground until 2021.

After crisis negotiations over the weekend, this morning the carrier has won support from its aircraft lessors—major creditors–on its plan to convert £950 million debt to equity. This plan will give the current creditors majority ownership of the airline and will massively dilute the equity of current shareholders to slightly over 5% of the company’s worth. This (as yet unapproved) plan will unlock a 3 billion Norwegian Kroner (£230 million) rescue package from the Norwegian 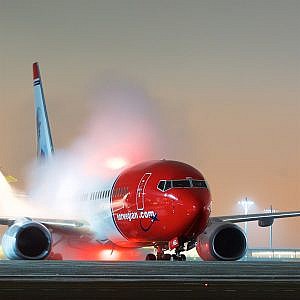 The shareholders are now voting on the plan to relegate them to minor figures and adding insult to injury, are also being asked to approve the creation of a further NKr400 million of shares. A final vote will take place in the middle of the month to approve the entire financing package.

But the airline isn’t out of danger yet. With there being serious reservations about the business model previously in use, the new shareholders in Norwegian are going to demand some significant changes to the strategy to protect their investments. We’ll watch closely…