Low-cost carrier Norwegian has pulled the plug on its long-haul routes in an effort to regain solvency. The Ireland-based company, which currently owes creditors around $4.9 billion (USD), will seek to continue to fly short-haul flights within Europe.

Restructuring to save the company

The move, announced 14 January, is part of a restructuring plan permitted by the Irish courts in an effort to preserve the business and save jobs. However, it has been reported that around 2150 jobs will be lost across the UK, US, Spain, and France, with around half of those based at Gatwick airport.

Norwegian has already stopped flying to the US, Brazil, Argentina and Thailand.

Reductions in Norwegian’s fleet will see the airline’s 140 aircraft, including 36 flagship Boeing 787 Dreamliners, drop to 50 owned or leased Boeing 737s. 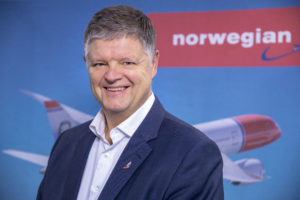 “Our short haul network has always been the backbone of Norwegian and will form the basis of a future resilient business model.

“Our focus is to rebuild a strong, profitable Norwegian so that we can safeguard as many jobs as possible. We do not expect customer demand in the long haul sector to recover in the near future, and our focus will be on developing our short haul network as we emerge from the reorganisation process.”

Norwegian hopes the restructuring will reduce its debt to around 20 billion Norwegian Krone ($2.3 billion USD). It additionally plans to raise 5 billion Krone ($586 million USD) through new shares offered to current shareholders and via private placements. The company says it has already received written interest, and has reopened talks with the Norwegian Government about participating in the scheme.

It is anticipated that capital restructuring would leave current shareholders holding only 5% of the company, with creditors taking 25%, and new investors the remaining 75%. A restructuring in May 2020 also granted equity to creditors, including Aercap, Avolon, and Bank of China Aviation.

A date in court

Norwegian entered the Irish courts in November when it sought protection from creditors. It was placed under examinership in December, a process in which a court-appointed examiner looks into possible capital raises and debt resolutions. 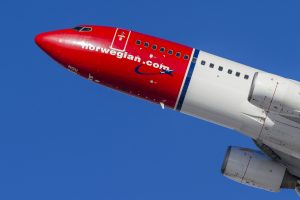 Norwegian’s plan is still subject to approval by the courts

Kieran Wallace, of accountants KPMG, was given 100 days to devise a restructuring plan. Norwegian’s current proposal is still subject to approval from the examiner, creditors and Irish court.

The prospect of heavy job losses was not received well by trade union Unite, which represents around 700 Gatwick-based Norwegian staff. It stated it was implementing emergency measures to support workers and assist with any redundancy or legal claims.

“The collapse into insolvency of Norwegian Air’s UK company, and the resultant 1,100 job losses at Gatwick, are another devastating blow for the airport’s workers, the local community and the aviation industry as a whole.

While coronavirus travel restrictions are certainly the reason for Norwegian Air’s difficulties, poor business decisions in the years preceding the pandemic have not helped. The airline’s staff should not be made to shoulder the burden of Norwegian Air’s UK insolvency and must be the first priority during the administration process.”

Norwegian said all customers who hold affected bookings with the airline will be contacted directly.

What are your thoughts on this announcement? Let us know in the comments below!