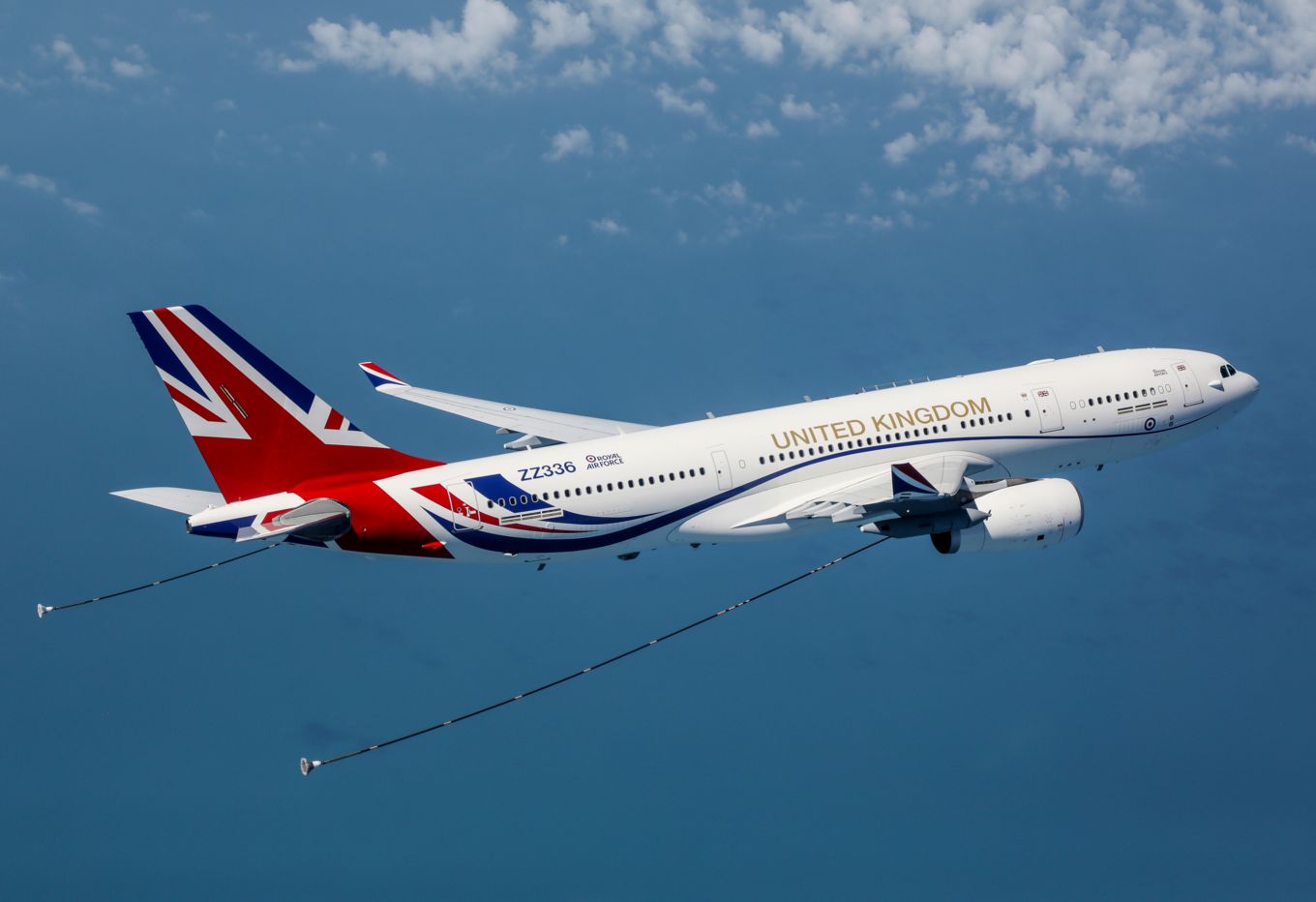 The United Kingdom has spent £900k on a brand-new paint job for an RAF Voyager aircraft. Formerly grey, the Voyager is also used for trips by those such as the Prime Minister and the Royal Family.

The aircraft has been painted in the colours of the Union Jack. The colours were chosen so that the plane would represent the UK abroad in a much more significant capacity.

Why does the RAF need this aircraft?

Alongside VIP flights, the Voyager is also part of the UK’s Quick Reaction Alert (QRA) Squadron. The aircraft is currently based at RAF Brize Norton. Recently, RAF Typhoons scrambled from RAF Lossiemouth in Scotland to which the ‘VIP’ Voyager also deployed to support with refuelling.

Although it is very patriotic, not everybody agrees that the price was justifiable. Opposing parties such as Labour, the Scottish Nationalist Party (SNP) and the Liberal Democrats have criticised the cost of the refurbishment.

The RAF Voyager was repurposed  by the UK government in 2015. This cost around £10 million sparking yet more critique from both opposing parties and the general UK public.

Initially, the government claimed that this form of transport was cheaper than previous travel methods used for the Prime Minister. The RAF Voyager has saved around £775,000 in costs which may have been used for charter flights.

Prime Minister David Cameron was the first to fly in the Voyager back in 2016. The aircraft took him and some other cabinet members to the NATO summit in 2016. Unfortunately, he has missed out on flying with the new livery.

A company called Marshall Aerospace and Defence Group painted the livery. They said that this plane was much bigger than what they usually work on.

What do you think about the new livery? Let us know in the comments or get in touch: [email protected]