This week both the massive Emirates and the not-yet-massive Wizz announced additional destinations to be added to their network shortly.

The Budapest carrier is nothing if not bold. Earlier this month we reported on its plans to open another centre in Abu Dhabi—hoping to replicate its European growth. Today we hear that Wizz will be opening eight new destinations from Bucharest in early August. 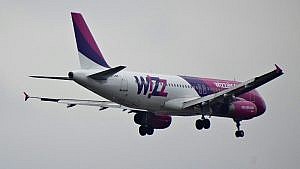 Adding to the existing network, these new routes make a total of 61 destinations in 20 countries from Bucharest. Wizz Air will implement its new health and safety measures on the routes which will include mandatory facemasks for passengers and crew, deep cleaning by anti-viral fogging, and physical distancing.

After the announcement that passengers will be able to visit the UAE again as from 7th July, Emirates has announced that it will add a further seven destinations to its re-emerging network from 3rd July. This follows an additional ten in the early part of this month, and the A380 returning to London and Paris. The additional destinations are—

Naturally, Emirates is also taking health and safety precautions very seriously, including the distribution of hygiene kits to all passengers. The airline is at pains to point out that travellers will only be accepted on flights if they comply with the eligibility and entry criteria of their destination.

If you were hoping for a week in Bali, Hamburg might not be the most exciting destination imaginable, or Bucharest* for that matter, but hope springs eternal!

*with all respect to the good people of Bucharest. And Hamburg.