After nose-diving into the position where it was losing €1 million an hour, the flag-carrier Lufthansa is busy vacuuming up German state funds like there’s no tomorrow. We reported on the bailout package offered to it after Air France /KLM got €9 billion from their governments. 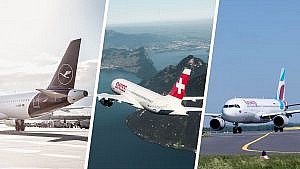 And of course, that’s not just Lufthansa proper. The Group includes Austrian, Swiss International, Eurowings, Brussels, Dolomiti plus the usual host of smaller enterprises. It’s not difficult to understand why the ‘too big to fail’ argument is quite persuasive; Lufthansa alone employs 10 000 people.

Ryanair CEO Michael O’Leary isn’t impressed. The Irish Times reported him as saying, ‘Lufthansa is going around hoovering up state aid like the drunken uncle at the end of a wedding, drinking from all the empty glasses. They can’t help themselves.’ Always good for a quote is O’Leary. He makes a point; Ryanair isn’t asking for state aid, and he views the mountains of money being poured into the full-service carriers as distorting the market. Fair enough, up to a point, but then Ryan doesn’t fly to New York or Johannesburg or Shanghai. At least not yet… 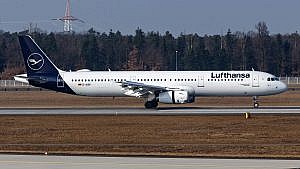 But there are solid signs of life from Lufthansa after their brush with the hereafter. They plan to offer an additional 130 destinations by late June—six weeks hence. Services will resume from the UK and Ireland to German and Swiss cities from 1st June with 20 more West and Central European centres in the latter part of the month and 14 more long-haul services including Hong Kong, LA, Toronto and Dubai. The 130 destinations amount to 1 800 weekly round trips.

This is still just a fraction of the frequencies and destinations offered pre-COVID, but it’s a healthy start; no doubt some sighs of relief in the Bundestag this weekend.

Delta Airlines Set to Bid Adieu to the Boeing 777!