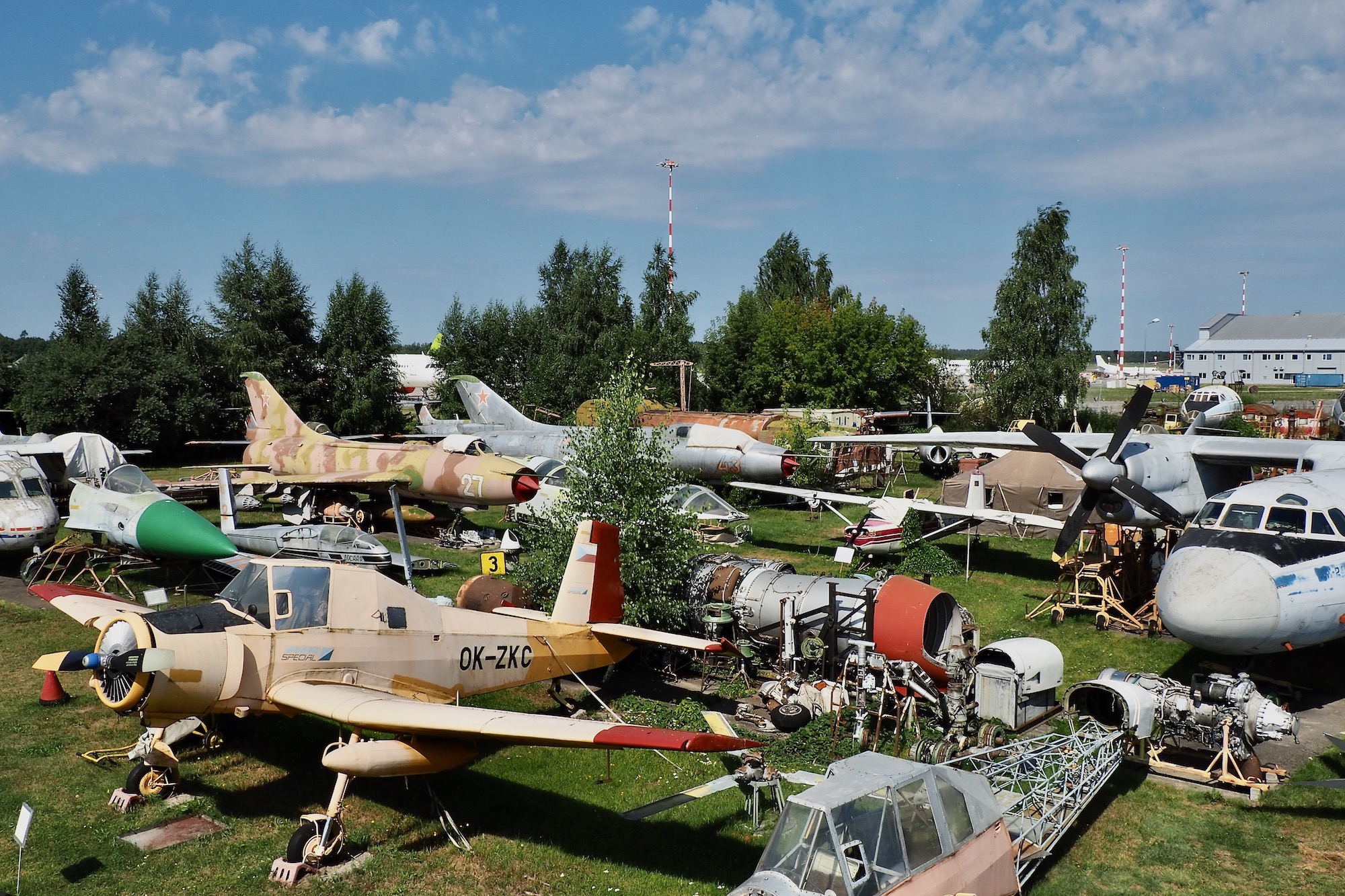 A walk around the Soviet Aviation Museum on the perimeter of Riga Airport in Latvia reminded me of the first car I ever owned.  My battered old Ford resulted in many trips to local scrapyards to replace bits that fell off.  If I had a MiG, I would come here for spare parts.  I am unlikely to own a MiG for many reasons, but mainly because of the scarcity of Russian MiGs in the Western World.

The Origins of the Collection of Soviet Aircraft

When Victor Talpa, now a sprightly eighty-one-year-old, started a Young Pilots’ Club he acquired a used MiG-21 for training his young pilots.  Victor, a retired aircraft engineer once served in the Black Sea Navy and also worked for Aeroflot.  He used his contacts to rescue a large number of Soviet-era aircraft including extremely rare planes.  He wanted his young pilots to get used to the different cockpits to supplement their flying lessons.  The club closed in 1991 due to lack of funding and competition from air Baltic’s pilot training school.  But his collection continued to grow.

Victor’s collection became a private museum in 1997 but without government funding.  But he was given permission to store his collection on a plot of land next to Riga International Airport.  The whole collection was installed here and the museum opened in 1999.  Visitors can walk to the museum from the airport.  It is open daily.  Ring the bell if the gate is closed and wait for Victor or his son, Pavel to appear.  One of them may take you on a tour but it is not included in the entrance fee.

Pavel, who speaks good English, showed me around and introduced me to Victor.  The collection is a charming jumble of planes, helicopters, vehicles – everything associated with an airport.  I was able to wander where I wished, climb into the cockpit of a MiG, mount some steps and look over the yard to the modern planes at the airport beyond.  An unusual experience.  But one that will soon end as the museum has to move away.  Spilve Airport, nearby would be the ideal place for this amazing collection.

Some Highlights of the Aviation Museum

Aircraft in this unique collection of Soviet aircraft from the cold war include the massive MI-6 Hook Soviet heavy transport helicopter.  This helicopter has wings to assist its giant jet engines whilst cruising.  There are some early jet fighters including the Korean and Vietnam War MIG-15 and MIG-21 and the more modern MIG-23, MiIG-25 and MIG-29.  Also on display is the once secret Soviet Union Tupolev Tu-22M Backfire supersonic, swing-wing, long-range strategic nuclear bomber.  But my favourite was the Antonov An-2, the plane that can hover and fly backwards.

Spilve, No Longer a Forgotten Airfield in Riga, Latvia

Read Article
Worker’s unions have criticised the Australian airline for offering millions in bonuses for executives amid pressure from frontline…
Read Article
VietJet Air’s financial statement suggests positive numbers despite Vietnam being hit severely by the 4th wave of Covid-19.…