Yesterday, 20 November 2020, marked an exciting day for the Airbus A330-neo program, as the first ever revenue A330-800 flight took to the skies operated by largest customer of the type, Kuwait Airways. Taking to the skies for a short flight between Kuwait and Dubai, the date was marked as the first flight of the type following Kuwait Airways’ order for eight of the new re-engined widebody. 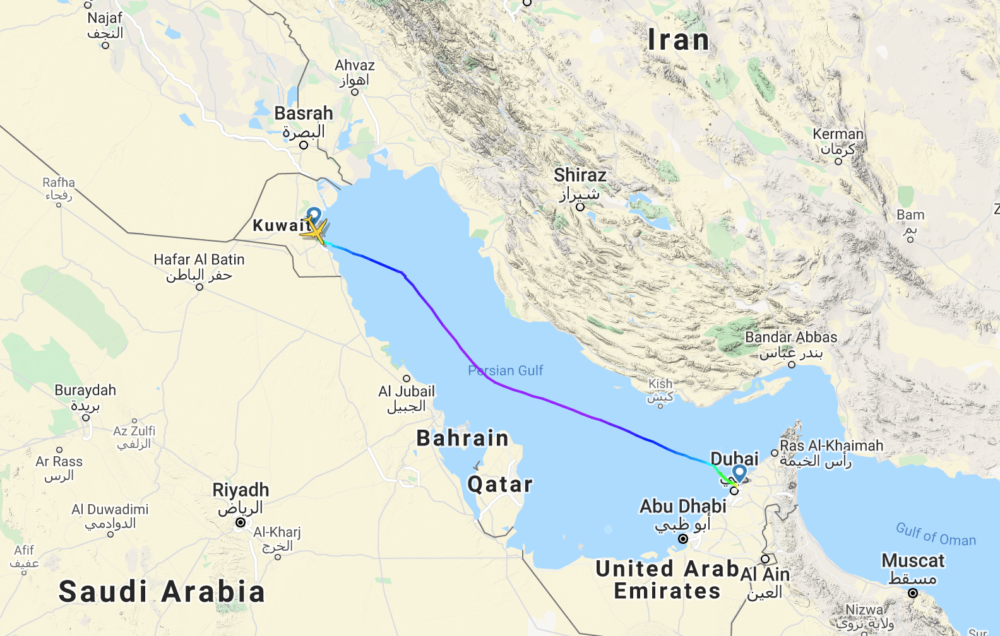 About the Short Flight

The flight, a short hop over the Persian Gulf of about 530miles, was operated by the airline’s first widebody example 9K-APF, serving route KU671 outbound from Kuwait, and returning as KU672 on it’s inbound return leg back to Dubai.  Departing on the 20 November at 11:28am local time, following a delay of ~50minutes, the service took around an hour before arriving at Dubai International Airport at 13:32pm.

Following a prompt 1hr20min turnaround at Dubai, the aircraft departed at 14:51pm, touching back down in Kuwait after a slightly longer flight-time of 1hr26mins. The longer flight time is attributed to the orientation of the departing runway at Dubai, requiring extra time on the outbound routing before it begins to head towards it’s final destination.

Despite being a short flight, around an hour on average flight-time, it proved itself to be one of the airline’s most popular routes in 2019: Totalling 14,581 sectors. The route was served by a total of four airlines last year including Emirates, flyDubai, Jazeera Airways and as of recent – Kuwait Airways. 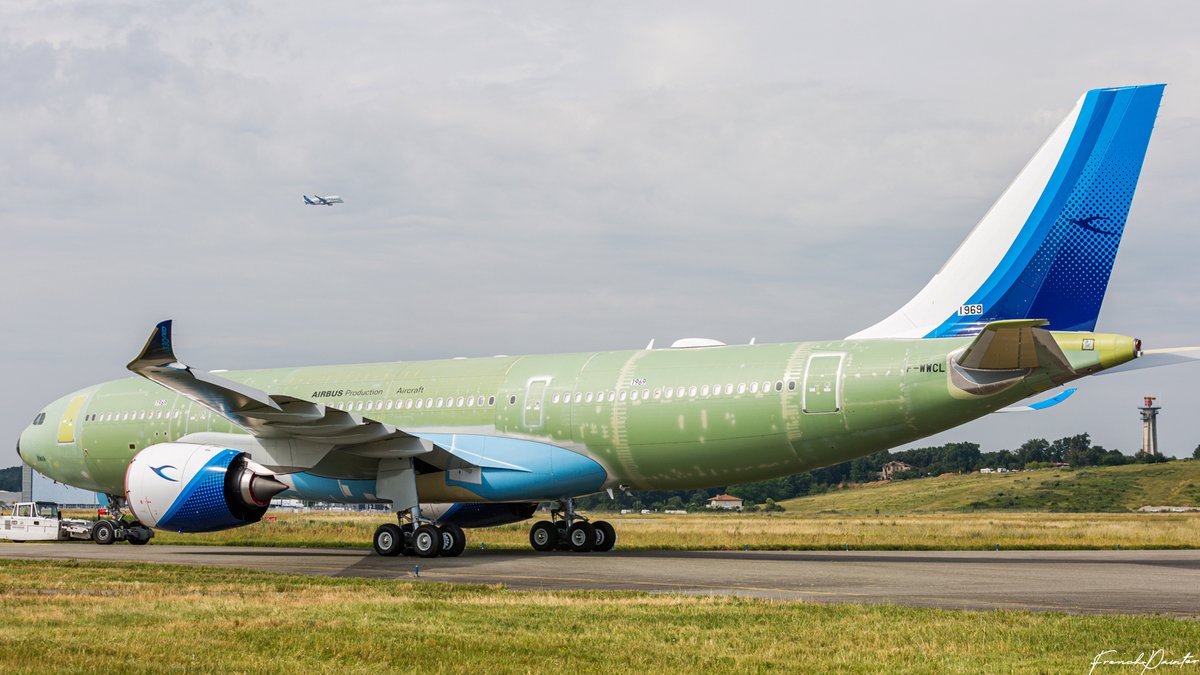 Delivered on 29 October 2020, Kuwait Airways – the country’s flag carrier – received two new Airbus A330-800 aircraft, the shorter variant of the A330neo (new-engine option) family. The delivery marked the start of a delivery schedule for 8-examples to compliment the carrier’s existing fleet of 15 Airbus A320ceos (current-engine option), 3 A320neos and 5 A330ceos, and also marked the start of Airbus’ delivery of the A330-800 type as Kuwait Airways is the launch customer for the new aircraft. Speaking about the delivery last month, Kuwait Airways Chairman, Captain Ali Mohammad Al-Dukhan said:

“Kuwait Airways takes pride in its continued relationship and cooperation with Airbus for the past four decades. The delivery of the first two A330neos is yet another significant milestone for Kuwait Airways as we progress towards our goals and implementation of our fleet development strategy,”

Kuwait Airways’ A330neo will comfortably accommodate 235 passengers, featuring 32 fully-flat beds in Business Class (a new cabin product of the carrier) and 203 spaciously-pitched seats in Economy Class while offering a large cargo hold capable of accommodating generous passenger baggage allowances. Leveraging technology developed on the larger A350-XWB aircraft, the A330neo is set to become a true ‘next-generation’ aircraft, haloed by Airbus as “the perfect aircraft for post-COVID recovery of routes and passenger experience.” 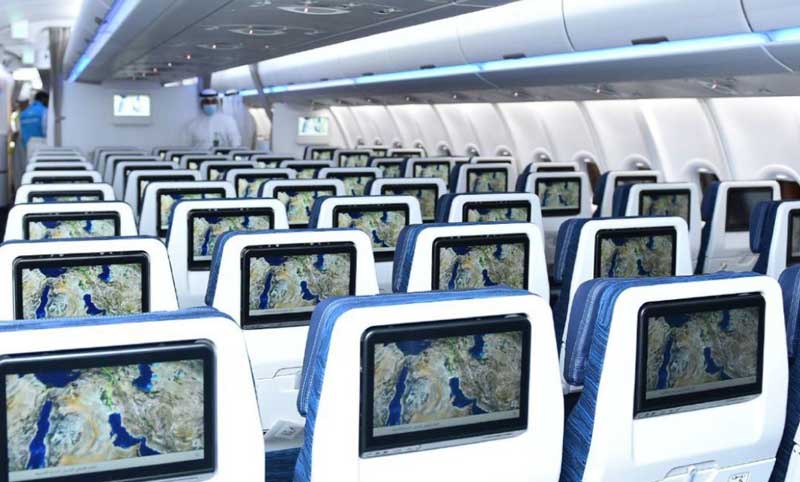 Inside the cabin of the new A330-neo | © Kuwait Airways

The deployment of the wideboy type on the Kuwait-Dubai route is thought to be short-lived. Prior to deploying widebody, new, aircraft on longer-routes, airlines often schedule them on much shorter routes to allow the crew time to familiarise on the type with a higher number of departures and arrivals (flight-crew) and cabin-services (cabin-crew).  It is rumoured the type may begin to fly some of the airline’s core long-haul routes including:

All well within the aircrafts 8,150nm range. But we’ll just have to wait and see what the airline has planned for the type!