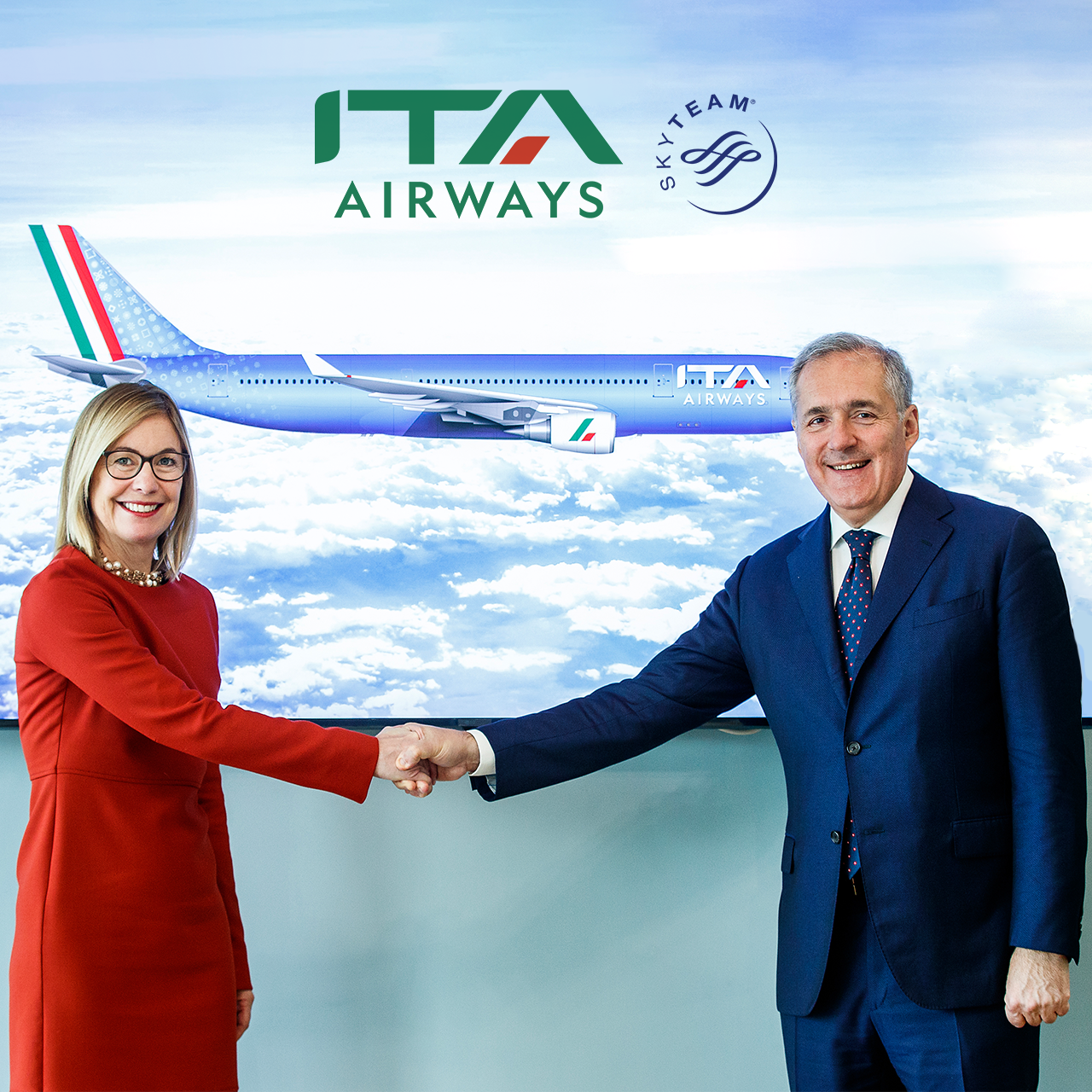 On October 29, 2021, ITA Airways, the newco that replaced Alitalia, joined the SkyTeam Alliance, filling the gap left by the ex-Italian flag carrier. However, it is still not clear which international alliance ITA will join in the future.

A warm welcome by the SkyTeam Alliance

ITA Airways has officially joined the SkyTeam Alliance. However, the Italian newspaper Il Corriere dell Sera confirmed that ITA signed a deal with SkyTeam for 12 months. After this period, the airline will have the chance to either renegotiate the deal and stay with the alliance or join the rival one, Star Alliance.

Having ITA as a member of the alliance will offer SkyTeam’s 700 million customers seamless connectivity to and from Italy, a cornerstone market in Europe for the airline alliance. Indeed, no other alliances offer as many connections to Italian destinations as SkyTeam does.

ITA’s executive chairman, Alfredo Altavilla, is enthusiastic about the renewed membership. Indeed, ITA’s customers will be offered a wide range of connections from Italy to all over the world, and the other way round.

ITA Airways is also working on international partnerships with specific airlines. The Italian national carrier will start to work closely with potential partners to sign commercial deals, such as joint ventures, in the following weeks.

For the time being, ITA Airways is expected to boost its transatlantic routes by joining one of the two main transatlantic joint ventures, namely the one including Delta Air Lines-Air France-KLM-Virgin Atlantic, or the one with Lufthansa, Air Canada, and United Airlines. ITA Airways is willing to come to a final decision by the end of next year.

In its first 14 days of operation, ITA has operated 2,764 passenger flights, of which 1,942 were national and 822 international. The airline registered an average punctuality index of 84.1% for departing flights and 84,6% for those arriving. The average load factor was capped at 57%, in line with the industry and above expectations. ITA is also satisfied from a commercial point of view. In the week between October 18 and 23, 2021, sales were up 50% above the airline’s expectation. On October 23, ITA registered the highest sales revenue since the beginning of ticket sales, namely more than €2 million.

What do you think of the development of the newly borne Italian National Carrier? Let us know in the comment below!

8 of the Best Airports for Layovers