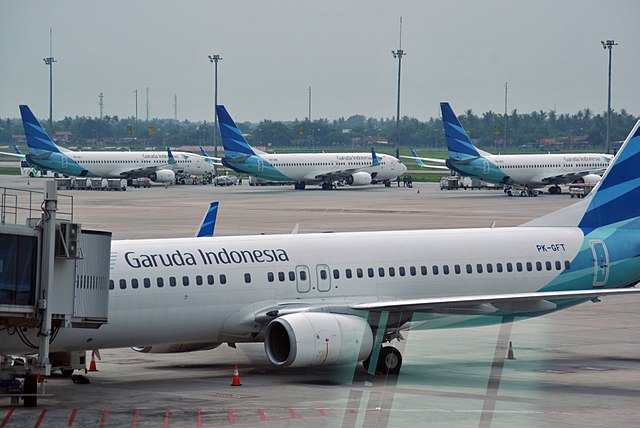 Several airlines, during the past months, have declared bankruptcy due to Covid-19 complications, and one more airline might join the list soon.

Last Sunday, according to the Jakarta Globe, the Indonesian government considered and prepared different scenarios for its national airline, Garuda Indonesia, including restructuring, liquidation and replacement.

The Indonesian government has injected state money in the airline’s cash flow several times during the past months, however, this is not completely helping. According to Garuda’s June financial report, the airline reported a total debt of more than £3,5 billion, with some £50 million in extra debt every month due to delays in loan repayments. A spokesperson from the government has stated that due to the current situation Indonesia is not able to lend more money to Garuda, leading to the possibility of a forced closure of the airline.

Negotiations between the government, stakeholders, creditors and lessors are happening now, with lawmakers urging shareholders to concretely help the airline.

Garuda’s corporate secretary Mitra Piranti said in a letter to the Indonesia Stock Exchange that the company “continues taking strategic steps to accelerate business recovery with the main focus on improving the company’s fundamental performance”.

While several shareholders and airline representatives have stated, when interviewed by local press, that they are truly hoping to see the airline develop and grow again, the government is still planning on how to act in case the negotiations fail.

If the current rescue measures become fruitless, a replacement by state-owned air charter company Pelita Air Service (PAS) has been planned by the government. Pelita Air Service is a small airline, owned by the state-owned oil company Pertamina. According to PAS’s website, they own one ATR72-500, two ATR42-500, along with some smaller planes and many helicopters. The idea is that PAS takes over Garuda’s domestic scheduled services.

“It looks like the government wants to maintain a direct involvement in an airline,” aviation consultant Gerry Soedjatman told The Jakarta Post. “Even if Garuda survives, it appears that Pelita will be the main airline in the government’s ownership.”

The restart of tourism and the slow reopening of the world with Bali reopening for tourists on the 14th of October, makes the airline’s representatives think that some chances might still be possible for Garuda, but on one condition, that the airline must go through a radical restructuring.

According to ch-aviation databases, the airline currently has a fleet of 121 planes, of which 87 are inactive. The airline has also plans to get 13 Airbus A330neo and around 50 Boeing 737MAX8. According to a meeting last September between Garuda and its lessors, the airline should negotiate or cancel the current aircraft orders, reduce its long-haul fleet, get rid of its Boeing 777-300ER, which was previously used for its European operations to London and Amsterdam, and transfer some planes to the low cost subsidiary Citilink.

What will happen next? Will Garuda Indonesia rise from its ashes? Let us know what you think in the comments.

Australia reopening: what does it mean for aviation?

What's The Future of Airline Seats?