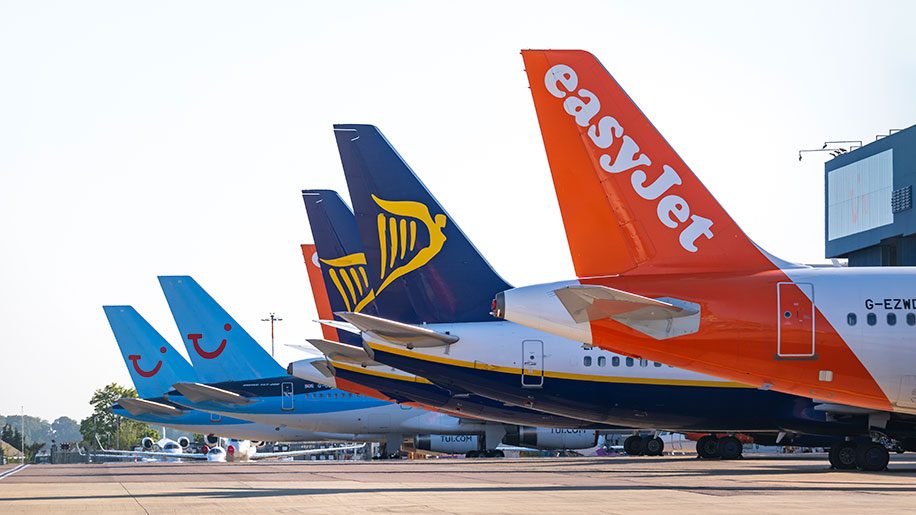 European aviation organisation EUROCONTROL predicted in its traffic scenarios for the period April-December 2022 that air traffic levels will reach 84%, which is 96% of 2019 levels.

On 6 April, EUROCONTROL, The European Organisation for the Safety of Air Navigation, released crucial information about the progress the aviation industry has made since the COVID-19 pandemic set the sector back decades.

EUROCONTROL forecasts air traffic levels to stay at summer levels for each month until the year ends. They’ll be a steady increase between April and the summer peak which will contribute significantly to the peak in traffic.

The forecasted scenarios EUROCONTROL come up with are due to a collaboration between EUROCONTROL and the global airline sector. The Brussels-based organisation combines airlines’ planned capacity levels, recent data, and historical network trends to generate reliable scenarios and analyses.

It was stated that this sustained recovery would result in around 9.3 million flights operated during 2022 across Europe.

The Director-General of EUROCONTROL, Eammon Brennan, spoke on how the aviation industry has continued to recover well in recent weeks. He particularly cited an increase from 68% in January to 79% in early April compared to 2019 levels:

Airlines are adding lots of capacity, and some airlines are already outperforming their pre-pandemic levels. People are showing that they are really keen to fly – many for the first time since before the pandemic began. Hitting 90 per cent or more of 2019 traffic at peak summer moments is firmly on the cards, and we expect holiday destinations and some other parts of the network to exceed 100 per cent of their 2019 levels.

The ‘high’ scenario provided by EUROCONTROL predicts positive trends that air traffic will return to 95% of 2019 levels over the summer of 2022 and shall continue to remain stable until the end of the year.

In a more pessimistic scenario (or ‘low’ scenario) a slower recovery will mean air traffic levels will reach a maximum of 83% of 2019 levels by the summer.

EUROCONTROL maintains that all its predictions rely on “no further adverse impacts”, which refers to any significant event that could occur and impact the aviation sector.

In saying this, Brennan stated that staff shortages could prove to be a significant barrier:

We’re seeing staff shortages in parts of the industry, particularly at airports in key roles such as airport screeners or ground handlers and this needs to be carefully managed.

With pilot shortages causing flights to be cancelled in the U.S, and staff shortages causing airports to come to a halt as they’re unable to cope with high demand, it is possible the issue will only get worse as demand increases over the summer period.

Let us know what you think in the comments.

Read More
As airlines modernise and adapt during this difficult time, they have one more area to worry about: 5G.…
Read More
Airbus Industries has just released a press release on the successful certification of an interface that uses satellite…