Coronavirus; What Effect on Airlines?

We reported earlier this week that British Airways has suspended its daily flights to the Chinese cities of Shanghai and Beijing. Many other airlines are doing the same; KLM, American, Lufthansa, Air India and Seoul Air to name just a few; some have simply stopped their operations to China, others have reduced the frequencies. Most suspensions are, at least for the moment, until early February, but many airlines aren’t taking bookings until the end of March. 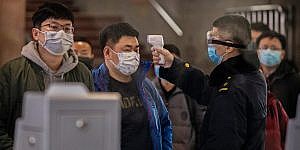 Many countries have issued warnings to their citizens not to travel on non-essential travel, and there are some more unusual reactions too; Russia has closed its border with China, and a American Airlines pilots union has sued the airline seeking a temporary restraining order to stop flights from Dallas/Fort Worth to China. Some companies have warned their employees not to travel to the country; others have closed their factories. At the time of writing, about 14 000 infections are confirmed and there are over 300 deaths reported.

So what’s the impact on airlines?

The main impact is likely to be felt by the Chinese airlines that serve Wuhan; Air China, China Southern and China Eastern. International airlines will experience their own problems as well. The consensus seems to be that there is a substantial risk to revenue and profitability, but these are not likely to persist in the long term. 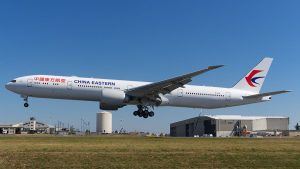 Ken Herbert from the financial services firm Canaccord said that it’s very early in the expected life-cycle of the outbreak, but that while the virus is spreading faster than those of the past, and seems likely to affect more people globally, the virus itself is less lethal than others. He said that an average revenue drop of 13% has been observed previously—from IATA data—and traffic tends to recover quite quickly after an outbreak.

It’s the number of people affected that seems to be more a determinant of financial difficulties than fatalities. The SARS outbreak ultimately affected around 8100 people and resulted in a drop of 35% in revenue per passenger mile (RPM) at the worst of the outbreak, and an 8% decline for the whole of 2003. The MERS event in 2015 affected 1300 people in the Middle East and South Korea—with a 38% fatality rate—and led to a comparatively small drop of 12% in RPM in the South Korean market for the first month of the spread. Volumes recovered within two months. The 2005 Avian Flu outbreak had an astonishing 52% lethality rate, but only 116 people were affected. Regional RPM dropped just 2% and recovered rapidly.

But this time, the situation is much different. Strong growth in the Chinese market has added 450 million passengers compared to a decade ago. In 2009, China was the fourth largest source market in the world with 48 million outbound tourists. In 2019 there were 159 million—12.2% of all outbound travellers globally. The effect of a substantial reduction in these numbers will affect not just carriers, but the general tourism market worldwide. 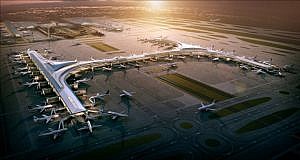 The rate of infection is expected to peak in the next ten days, but there remain a number of unknown variables related the virus, which may prolong the outbreak. We will bring you the most important news insofar as it affects travel as the situation unfolds.

Iran Air A319 Skids Off Runway