Reports have come in of a Jet2 Holidays Boeing 757-200 aircraft encountering a birdstrike during climb-out from Manchester (IATA: MAN) airport this afternoon. Flight #EXS051B was a scheduled test flight from Manchester, operated by a 757 registered G-LSAN, when it reportedly encountered an engine surge in it’s number 2 engine. [Editorial Note: Initial reports cited a bird-strike to be the cause, though this has now been dispelled] 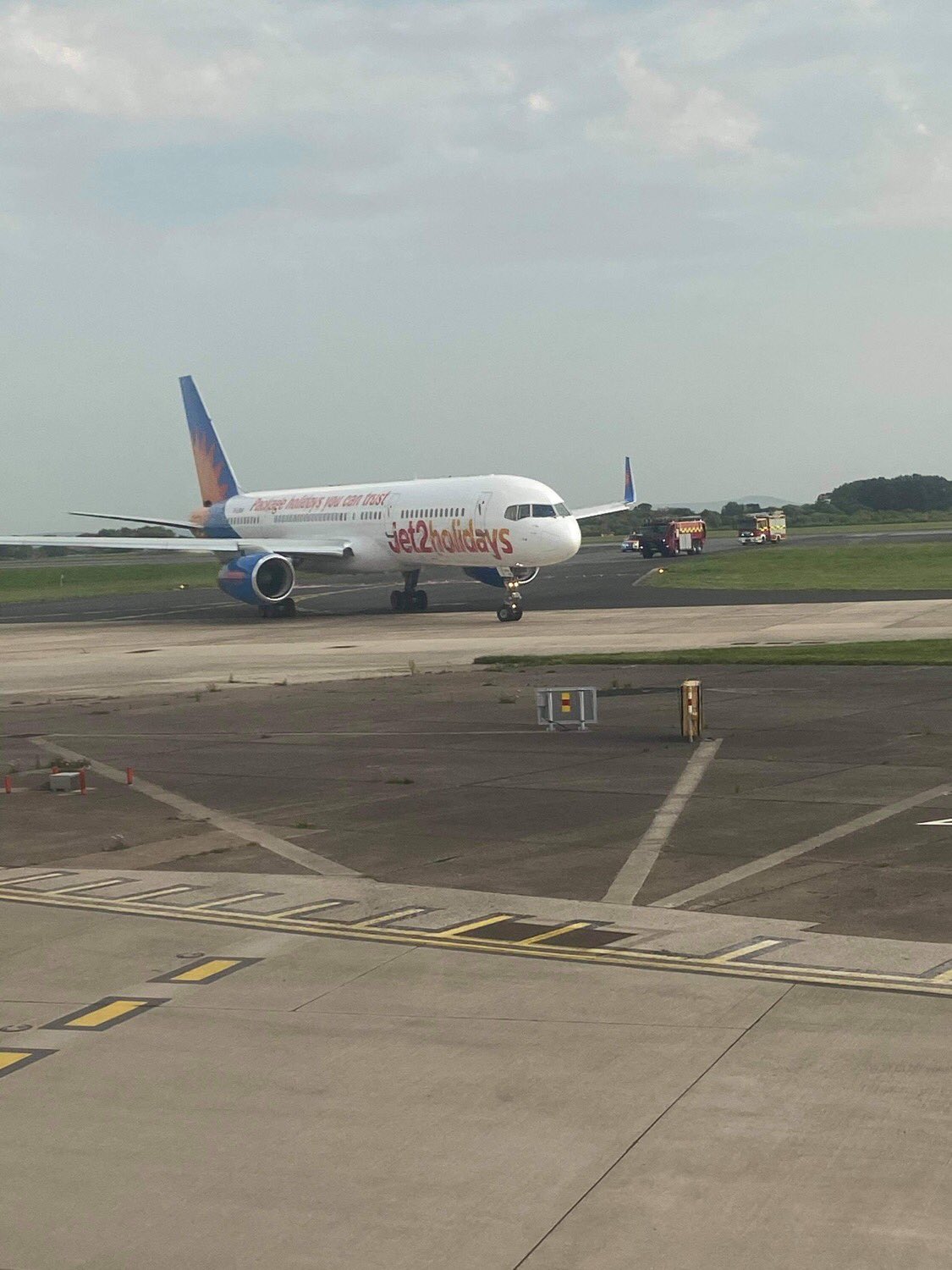 Reports of the incident came in at around 15:00 as local residents reported “a loud noise” above the airport.

Really loud noise in Manchester Airport area at around 3pm. The house was vibrating! Hope everything was OK. 🤔

In an initial statement to Travel Radar, Jet2 confirmed: “The flight is just a test flight.” In a follow-up statement the carrier confirmed:

“One of our aircraft on a routine test flight followed procedure and returned to Manchester Airport this afternoon, after the crew reported a minor fault. The aircraft landed safely and will be thoroughly checked over, as is standard practice.”

Cause of the Incident

Listeners to local ATC frequency state the pilots made a ‘Pan Pan’ call and mentioned a right hand engine surge and fault compressor stall. We believed the right-hand, number 2, engine suffered an engine surge which emitted “loud bangs” and “engine smoke” over Manchester neighbourhoods, due to a faulty compressor.

We will update you with information as we receive it.

United 787 Evacuated in Newark Due to Bomb Threat