Boeing has announced rebooting its Boeing 737 MAX production line at its Renton Factory in Washington. This announcement comes compounded with the company’s plans of cutting over 12 000 jobs in the US alone.

Boeing wants to accelerate the case for its “revolutionary” brainchild (737 MAX)  after production halted in January. Walt Odisho, Vice President of the 737 program, said: “We’ve been on a continuous journey to evolve our production system and make it even stronger.” Boeing also mentioned that it will restart production at a low rate as it plans to incorporate many “initiatives” to boost safety and quality. However, Boeing will gradually ramp up production later this year to meet customer demand. Odisho added, “These initiatives are the next step in creating the optimal build environment for the 737 MAX.”

While this is all great news for the manufacturing side of things, the 737 MAX still awaits software validation for certification flight. The CEO is optimistic for a third-quarter arrival for the MAX but this is also always subject to change. As we have already covered in the past, it will still take some time for the MAX to be airborne again. 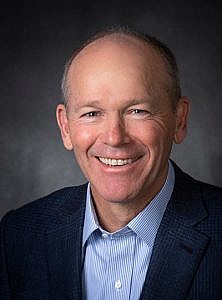 In a letter to the affected employees, Boeing CEO David Calhoun informed them of the commencement of involuntary layoffs (ILO). So far 6 770 employees are given the sad news with many more to follow. The company also unveiled plans to enforce layoffs at its international locations as well in line with local regulations.

The COVID-19 pandemic’s devastating impact on the airline industry means a deep cut in the number of commercial jets and services our customers will need over the next few years, which in turn means fewer jobs on our lines and in our offices. We have done our very best to project the needs of our commercial airline customers over the next several years as they begin their path to recovery.

The COVID-19 pandemic has handicapped Boeing and inflicted wounds to the company’s entire establishment. From cancelled orders to job cuts, the journey has been horrific for the aerospace giant. As Calhoun pointed out in the letter, “it will take some years to return to what it was just two months ago.” Only time will tell when Boeing will reach its past glory.

What do you think will be Boeing’s fate? Let us know in the comments!

EasyJet to Cut Up to 4 500 Jobs Over COVID Crisis

When a Holiday is Cancelled is it Better to Apply for a Refund or Accept a Voucher?