Boeing 737 Max Returns To The Skies

The return of Boeing 737 Max arrived.

The twenty months-long grounded aircraft is back into the skies again.

When American Airlines took off from Dallas a little while back,  Boeing regained confidence on its largest selling single-aisle aircraft.

A test flight with media personnel on-board took off, reassuring the public.  Previously, two deadly crashes lead to the grounding of the aircraft. 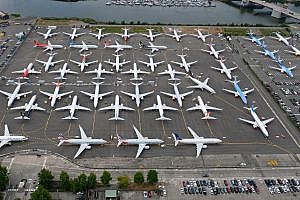 These cancellations have been the result of 2 crashes and soon after this, FAA held investigations and reported for changes. Hundreds of man-hours have been spent by software developers to rectify the defects and they were tested extensively.

Later, flight simulator testing has been carried out. In addition, these changes have been made and submitted to the authorities for subsequent testing and re-certification.

The Federal Aviation Administration (FAA) in the United States approved with the modified version. Thus, Brazil ended its Boeing 737 Max ban. What follows next is the expected approval from the European authorities as early as January 2021.  However, the Chinese decision still remains uncertain.

The Cash Cow of Boeing to Milk Again.

The 737 has always been the cash-cow for Boeing with its single-aisle design.

Furthermore, Boeing’s new variant will be produced in volume for the pending backlog of orders. Additionally, American Airlines is planning to fly this aircraft between 29 December 2020 and 4 January 2021 from Miami to New York’s Laguardia Airport.

This development could bolster public confidence.