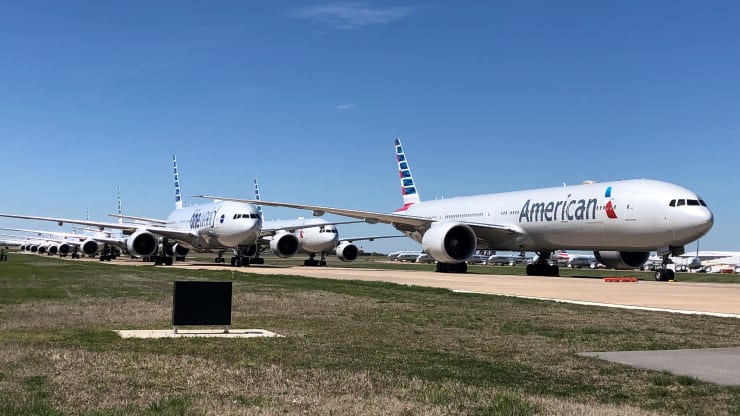 American Airlines has stated that it will lay off approximately 19,000 employees by October 1, unless Congress can further help the airline. The Payroll Support Program (PSP) part of the CARES Act, which has protected the US airline employees, ends on 1st October.

“Even with those sacrifices, approximately 19,000 of our team members will be involuntarily furloughed or separated from the company on October 1, unless there is an extension of the [federal help].

The CARES Act which was enacted back in March provided American airlines up to $50 billion. In terms of this act, airlines weren’t able to layoff or furlough employees until October 1.

American Airlines  has received $5.8bn from the payroll support program. Recently, the airline also announced plans to suspend service to 15 smaller airports in the US due to low travel demand.

What the CEO and President have to say…

In a message sent to the employees, CEO Doug Parker and President Isom said:

“We must prepare for the possibility that our nation’s leadership will not be able to find a way to further support aviation professionals and the service we provide, especially to smaller communities.”

“The only problem with the legislation is that when it was enacted in March, it was assumed that by September 30, the virus would be under control, and demand for air travel would have returned.”

US Airlines along with its number of Unions are pushing for an extension of help.

Who will be furloughed in October?

According to American Airlines, the airline will furlough up to 8,100 flight attendants from October 1st, along with 2,225 fleet service employees, 1,600 pilots, 1,275 passenger service employees, 800 maintenance workers, 150 employees from dispatch and 12 flight crew training and simulator pilot instructors.

In addition, the airline will also furlough 3,000 employees from its wholly-owned subsidiaries.

Do you think the CARES act validation would be extended? Let us know in the comments.

Frankfurt Airport and Lufthansa Prepare to Distribute Vaccine for COVID

Read Article
The latest data collected by the International Air Transport Association (IATA) shows that more than 20 countries, including…
Read Article
Rumors from the past seem to be going to materialise in the future: Lufthansa is interested in a…