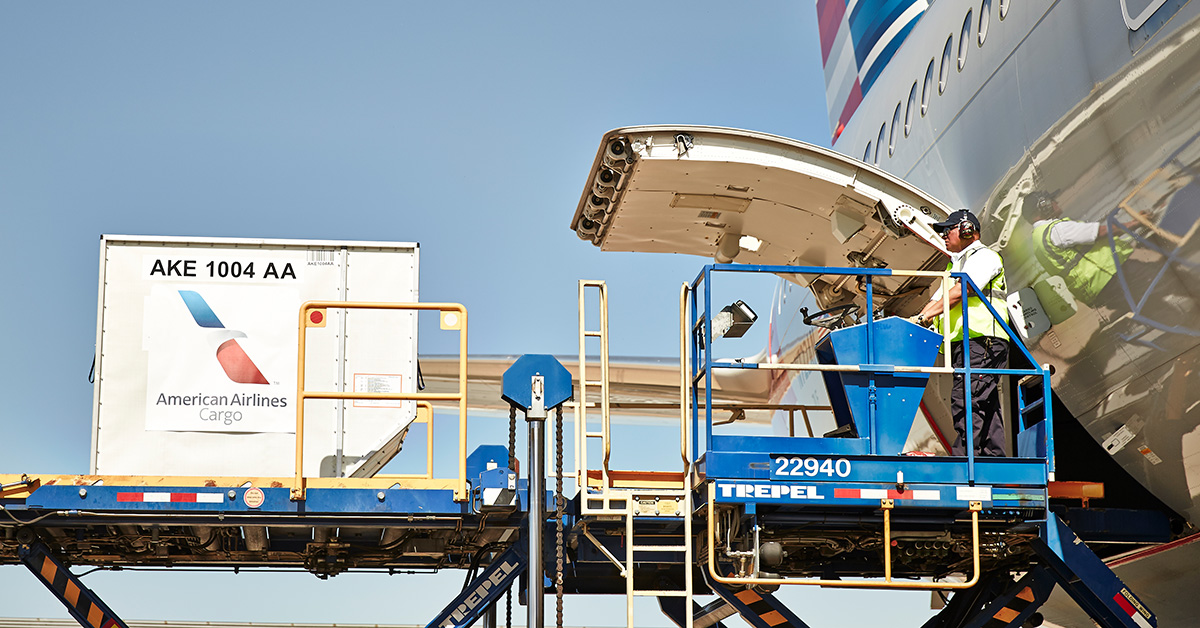 American Airlines has now transported over 45 million pounds of goods around the world amidst the coronavirus outbreak. Reintroducing cargo-only flights after a 35-year break proved to be difficult but rewarding.

“We didn’t have a playbook. We’d never done this before,” said Maulin Vakil, American’s director of cargo revenue. The final push to plan American’s first cargo-only service since 1984 came as the COVID-19 outbreak progressed and the vast majority of passenger air travel to Asia and Europe was suspended.

On March 17 — four days after most air travel between the United States and Europe had come to a halt — the airline began planning a cargo-only flight from Dallas-Fort Worth (DFW) to Frankfurt (FRA) scheduled to take off on Friday, March 20.

This September, more than 1,000 cargo-only flights are scheduled to be operated by the airline. These flights will be accompanied by over 1,200 passenger flights.

“We’re a passenger airline that also carries cargo, but the pandemic impacted that model,” said Chris Isaac, Director of Cargo Revenue Management at the time. “COVID-19 made parts of our passenger schedule unpredictable.” 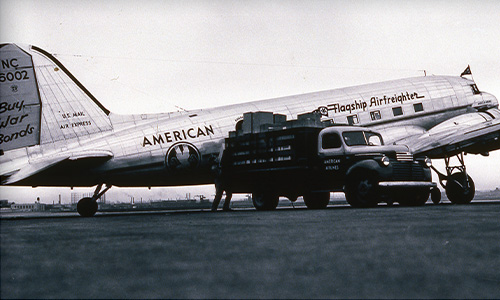 For more than 75 years, cargo flights have played a significant role in the history of American Airlines. The airline’s early roots can be traced back to flying cargo, when a Douglas DC-3 loaded with more than 6,000 pounds of fresh spinach, fresh flowers, airplane parts and apparel flew the first scheduled air cargo flight from Burbank, California (BUR) to New York (LGA) on Oct. 15, 1944. American was also the first airline with dedicated cargo terminals.

After growing into a passenger airline, American returned to freighter operations in October 1974 with six Boeing 747s. With 176,000 pounds of cargo capacity, the freighter flew a wide range of cargo from a printing press to fresh produce in its first year.

American flew the freighters for 10 years before the capacity of newer widebody aircraft (at the time the DC-10 and the Boeing 767) allowed American to load freight containers on passenger aircraft, moving the carrier away from a dedicated freighter fleet. The freighters were sold, with one purchased by NASA and converted to piggyback the space shuttle.

“Why we fly hasn’t changed, but out of necessity how we care for people on life’s journey has had to change. Cargo-only fights have allowed us to transport medical equipment, communications and technology tools, pharmaceuticals and food supplies.”

Rick Elieson, President of Cargo and VP of International Operations

35 years later, American Airlines is back to flying cargo only. What do you think about this development? Let us know in the comments!

easyJet Closes Base at Newcastle and Axes International Flights