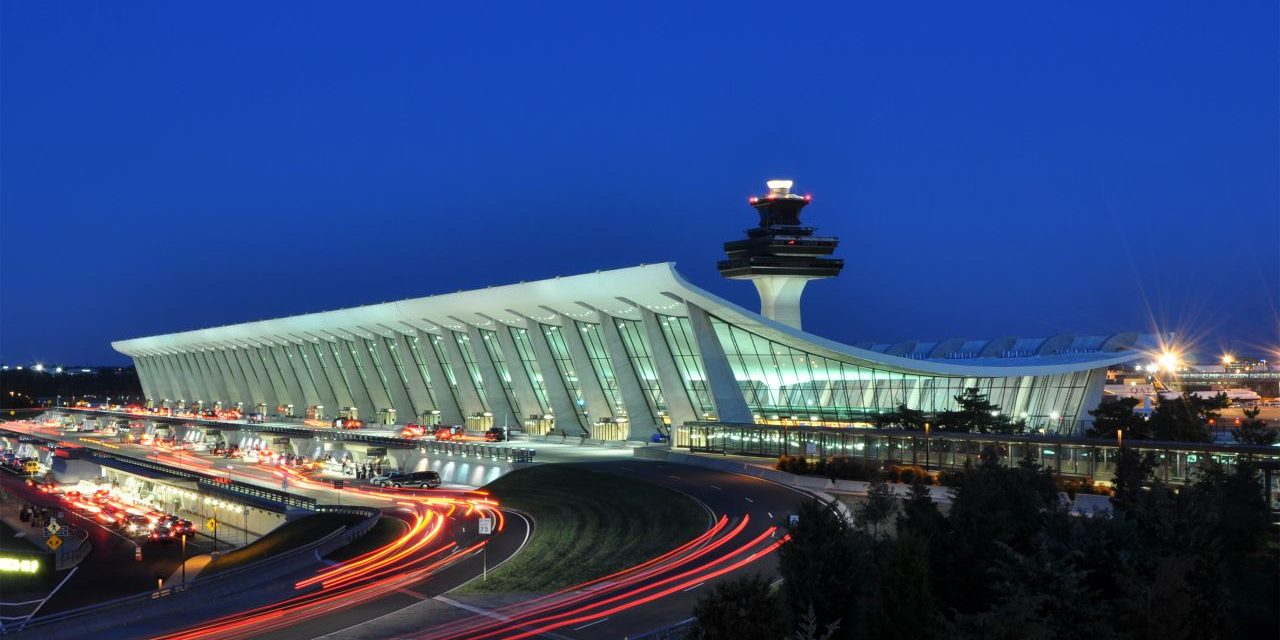 Welcome back to another edition of Airport Cinema. In this issue we look at Washington Dulles Airport.

The airport is also used throughout the film series ‘Airport’. The original film in the series is set at the fictional Lincoln International Airport near Chicago. It follows an airport manager who is trying to keep the airport open during a snowstorm, while there is also a plot to bomb a plane. The film pays close attention to the day to day running of an airport. Washing Dulles International was considered an easy airport to film in, as it is relatively quiet, but also busy enough to still look like a functioning airport rather than a film set. It features, at some point, in all four installments of the disaster film franchise: ‘Airport ’75, Airport ’77, Airport ’79 and ‘The Concorde… Airport ’79’.  The first film in the franchise was nominated for ten academy awards, unfortunately though not for Best Airport.

The airport also featured as a filming location for the films ‘Body of Lies’, ‘In The Line Of Fire’ and ‘Lorenzo’s Oil’.

The airport is named after John Foster Dulles, the 52nd U.S Secretary of State. It opened in 1962, three years after the death of Dulles. The airport is a well known landmark for its unique design. It is one of three airports in the larger Washington area and serves more than 24 million passengers a year.

On the 24th of September, 5 flights operating in Narita International Airport were delayed due to an unexpected…
Read More
The first cohorts of Dutch citizens and Afghan translators have arrived back in the Netherlands following successful evacuation…
Read More
It might look like something straight from a science-fiction movie as British Airways unveil its new sleep pods in…