Pakistan International Airlines soared to new heights as it entered the 1980s. The airline progressed by taking numerous steps such as launching a cargo handling centre, duty-free shops and developing better infrastructure. It also introduced its first Airbus A300B4-200 and became the first Asian carrier to fly the Boeing 737. In 1983/4, the airline registered a record-high profit of Rs.719 million. In the late 1980s, the airline also played a pivotal role in the development of UAE’s Emirates. It provided both technical and administrative support to the new airline; and leased it a Boeing 737-300 and an Airbus A300B4-200. 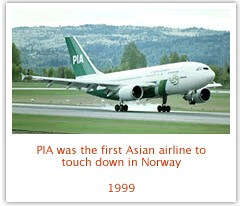 In the 1990s, the airline began to incur several losses. It failed to run as an independent corporate entity and political involvement prevented further growth. It assumed the role of a typical state-owned asset and suffered financially. Moreover, its market share in the domestic market was reduced by the launch of many competitor domestic airlines. Post 9/11, the company recovered some of its lost strength by incorporating changes in company management and structure. In 2002, the airline ordered eight Boeing 777 aircraft which are being used for medium and long haul flights to this day. On 10th November 2005, PIA registered a world record for the longest commercial flight on a Boeing 777-200LR from Hong Kong to London lasting 22 hours and 22 minutes, which to this day remains unbroken. After 2010, the airline fought its worst crisis in the form of corruption, mismanagement, overstaffing and privatisation efforts by the ruling government. 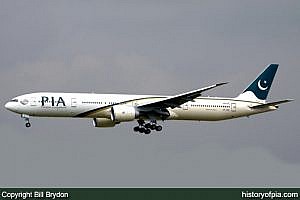 After a change of government in 2018, the new administration decided not to privatize the state asset and expressed their desire to revive the airline through a change in upper management. Hence, Air Marshal Arshad Malik was appointed as the CEO of the airline on 26th April 2019. Last year in December, he made a promising statement:

The PIA has been put on the path to self-reliance and sustainable development to achieve its lost glory. 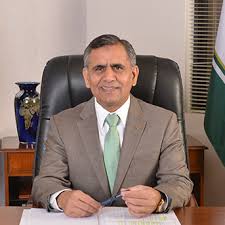 In its recent history, Pakistan International Airlines has indeed suffered and its current state is not indicative of its once glorious past. However, the reforms taking place subsequent to the change in top-level management has breathed new life into the once struggling airline.

Biding Adieu to KLM and Qantas 747!