As the G7 summit gets underway in Cornwall, calls have grown louder by major airline CEO’s to reopen the UK-US flight corridor. CEO’s from a total of six major airlines known to serve UK-US routes have signed a letter calling for lifting of the suspension on transatlantic flights. But despite the industry-wide pleas, progress in this realm is still looking far-fetched.

Two days before Joe Biden arrived in Cornwall, host of the G7 summit, airline executives held a rare video conference urging President Biden and Prime Minister Johnson to consider their plight in the upcoming discussions. The CEO’s of America’s four major transatlantic carriers; American Airlines, JetBlue, United, Delta, alongside the British duo Virgin Atlantic and BA, all voiced their frustration at the delayed lifting of travel restrictions on both sides of the Atlantic. Joining the call was the CEO of Heathrow Airport, yet another casualty of the transatlantic flight bans.

Once the busiest flight corridor in the world, the UK-US flight corridor has been suspended for commercial flights since March 2020. Despite June falling in the peak season, airline capacity on this route has fallen by 82% when compared to June of 2019. Eager to not lose another peak season to travel restrictions, the airline chiefs are vying for a place on the agenda in bilateral talks between Boris and Biden prior to the summit.

Referring to the UK’s list of countries where travel is permitted, Virgin CEO Shai Weiss argued that “There is no reason for the U.S. to be absent from the U.K. ‘Green’ list. “This overly cautious approach fails to reap the benefits of the successful vaccination programmes in both the U.K. and the U.S.” 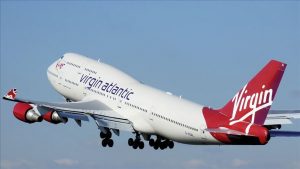 Airline chiefs are resting their case on a combination of economic push factors, as well as the shared success enjoyed by both nations in their respective vaccination drives. It’s estimated that the UK economy is losing £23.5 million per day from the continued ban. The US economy is set to face losses of over $300 billion if the moratorium remains in place this summer.

This raises the question as to whether it’s a good time to begin lifting the restrictions. As indicated in the statement by Shai Weiss, the successful vaccination drives in both countries make these restrictions seem increasingly unnecessary in the eyes of airline chiefs. In both the UK and the US, at least 42% of adults are fully vaccinated, with many more on their way to receiving their second vaccine shot.

However, as of yet, no formal announcement has been made on either side of the Atlantic. Bilateral talks between Biden and Boris, eagerly observed by the airlines, failed to produce any meaningful breakthrough. As the UK delays the final stage of lifting its lockdown, owing to the spread of the Delta variant, current hopes on lifting travel restrictions appear increasingly distant.

Based on the current mood in The White House and Westminster, holidays to the Big Apple may have to wait another year.

What do you make of this predicament? Let us know below!