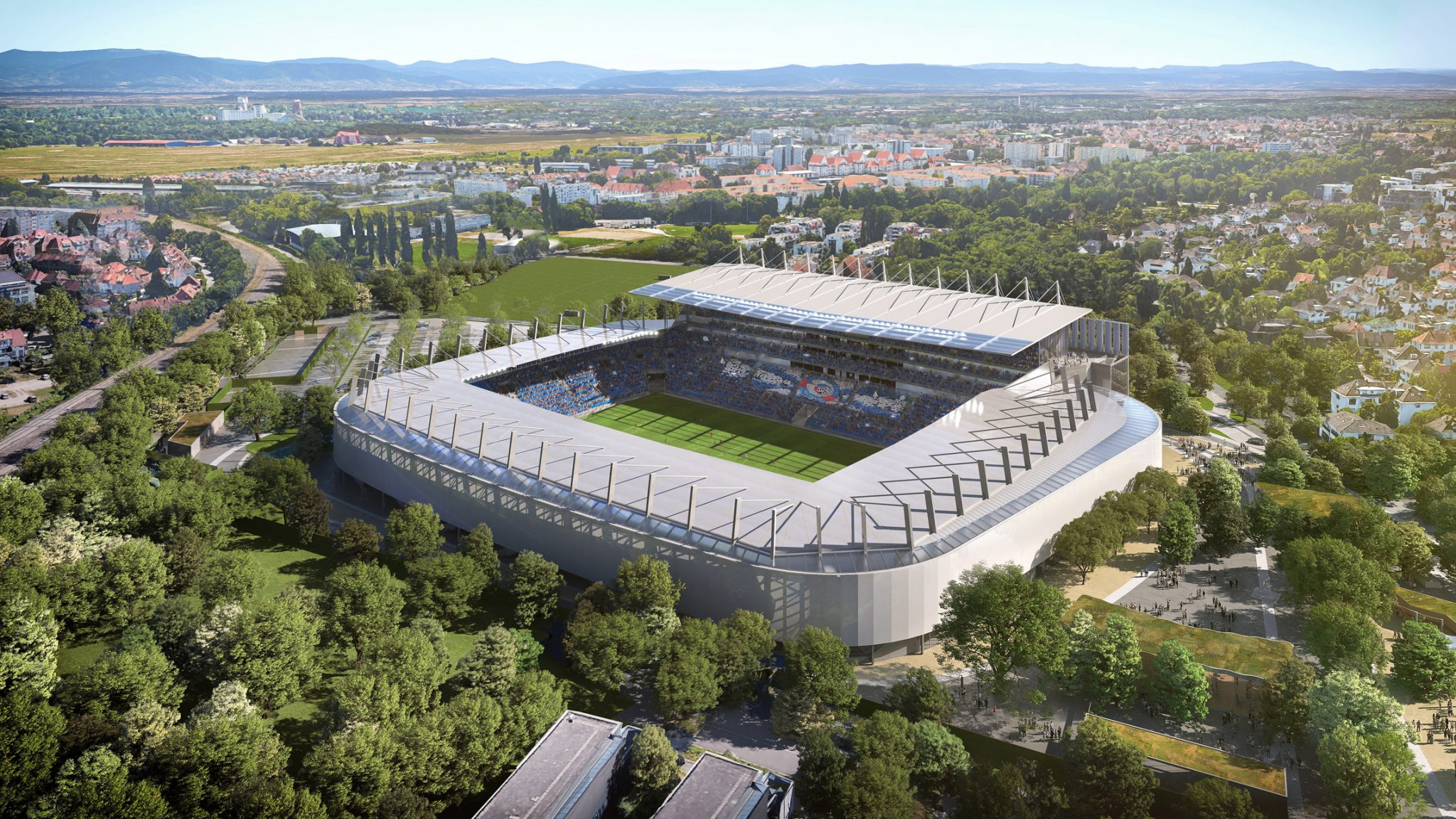 Home Airbus 340 Fuselage Pieces To Be Recycled As Stadium Roof

Airbus 340 Fuselage Pieces To Be Recycled As Stadium Roof

World-leading architectural firm Popolous has announced it will lead the renovations for the football stadium in Strasbourg, France, and it will use parts of 30 decommissioned Airbus A340 aircraft to build the new sunshades.

The four-engine aircraft that was launched in the early 90s by the European manufacturer with the aim to take over the ultra-long haul market with its larger A340-500/600 versions has seen many airlines ground the type with little or no intention to bring it back to the skies.

Some of these aircraft will continue their mission being part of the newly-restyled Stade de la Meinau, home of the Ligue 1 club Racing Club de Strasbourg Alsace. The stadium will see its capacity being increased to 32,000 spectators, with new fan spaces, operational facilities and two “party decks”.

The municipality owning the stadium and the football club required the project to take significant steps to reduce its carbon footprint, therefore 4,400 square metres of decommissioned Airbus A340 fuselage will be used to create the sunshades for the south façade, which will also host 1,000 square metres of photovoltaic panels for the production of clean and renewable power.

Each of the shades will be 30-metres long and 2.5 metres wide and made from three sections taken from the top half of the aircraft’s fuselage, design magazine Dezeen reports.

“We have always been intrigued by the massive American aircraft graveyards and the geometrical juxtaposition of all these planes,- said François Clément, senior principal at Populous – There is something sculptural in their alignments and the dimension and proportion of La Meinau’s south grandstand gave us the opportunity to play with the scale of these fuselages.”

“Throughout the day the tilted fuselages will act as a sunshade, reducing the energy gain but letting a soft indirect light penetrate the stand”, he continued.

1000th Boeing 787 Aircraft yet to be Delivered to Singapore Airlines

Read More
Yesterday marked the end of the Dubai Airshow 2021, the largest and most hyped-up aviation event this year.…
Read More
There was a time when four-engined airliners were the norm in commercial air travel. From their roots laid…
Read More
Initial findings by investigation authorities suggest that pilot error cannot be ruled out as a major cause of…