Air Italy has suspended all operations from 25th February and flights up to that date will be operated by other carriers. The airline is to be liquidated after the decision by a shareholders meeting yesterday, 10th February.

The airline is owned 51% buy the Aga Khan and 49% by Qatar Airways. The Aga Khan is unwilling to invest more, and Qatar is unable to increase its shareholding beyond the current amount without falling foul of European Union rules and consequently losing its status as a European carrier. No new investors have come forward, resulting in the closure.

Air Italy has been beset by multiple difficulties, both internal and external. Internally it made some peculiar route decisions, cancelling flights to Delhi and Bangkok shortly after launch presumably as a result of weak passenger demand from its base at Milan-Malpensa. 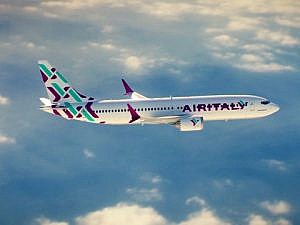 In 2019, it was accused of making unfair ‘fifth-freedom’ flights on behalf of Qatar and faced strenuous objections from United, American and Delta in the US. Externally, Air Italy was forced to lease aircraft from other carriers to serve its short-haul network as a result of the 737-MAX grounding, whilst leasing others for its long-haul routes.

The airline has 1200 employees divided between Milan and its headquarters in Sardinia.

The announcement places the Italian government in a predicament; it’s been supporting the ailing flag-carrier Alitalia for some time, and now might feel obliged to do the same for Air Italy.