Everyone one of us has -at some point- come across aircraft which are so bizarre-looking; we have a hard time believing they even exist. In this post, we take a look at five of the weirdest looking planes that actually flew. 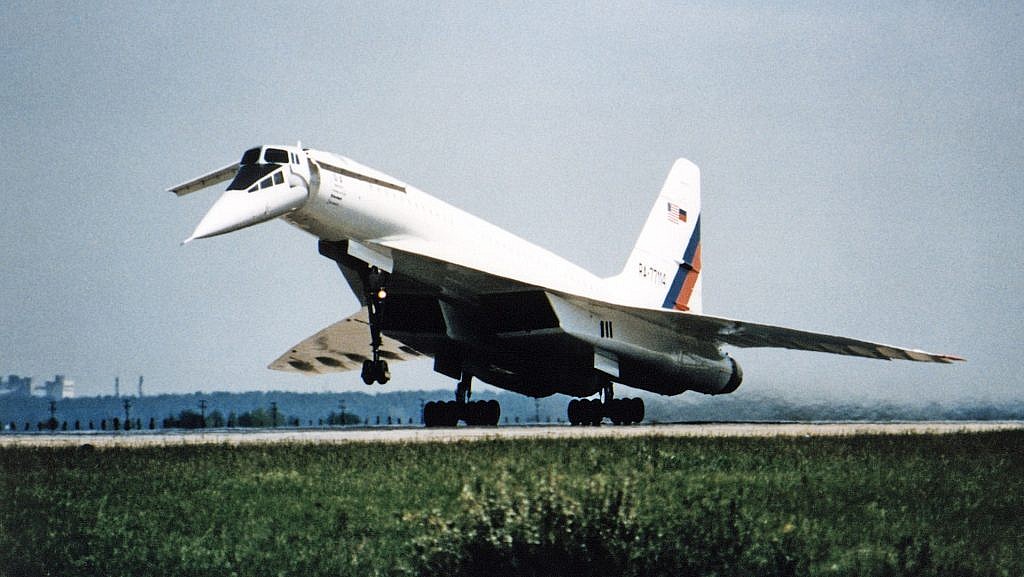 The initial concept of the Tu-144 was introduced by the Soviet Union in a magazine article, in 1962. It was the Soviet rendition of the supersonic commercial aircraft- Concorde. Interestingly, its maiden flight in 1968 was two months before that of its European competitor; it also broke the sound barrier before the Concorde. While its overall design was very similar to Concorde, the extended canards at its front were a distinguishing feature.  It was used by Aeroflot, Ministry of Aviation industry (Soviet Union), and (believe it or not) even NASA!

The ‘Flying Pancake’ was an American test aircraft with a unique all-wing design. Charles Zimmerman was its designer who envisioned an aerodynamic shape that would generate minimal wind turbulence. Its unique design was often mistaken by onlookers as a UFO because of its unique shape.

The AD-1 was an experimental aircraft developed by NASA to study oblique wing behavior. Its first flight was on 21st December 1979. The unique design of the plane allowed the wing to pivot across its center allowing for an adjustable wing; the wing could adapt to the plane orientation causing reduced drag.

The American stealth bomber played a key role in the US cause in the Gulf War of 1991. Its unique shape was meant to eliminate enemy radar detection.  Although it was formally retired in 2008, the US Air force has still kept some functional and could be seen flying even today.

The Edgley EA-7 was an observational aircraft developed by John Edgley. It was aimed to serve as an alternative to helicopters for ‘sight-seeing’ purposes. The unique cockpit design gave pilots a 270-degree panoramic viewing angle. The Optica was best known for its quiet flying and low-maintenance.

What are some of your favourite weird-looking aircraft?

Grounded! Being an Airline Pilot in the Covid-19 World