A new $1.73 billion concourse with 15 gates opened at Los Angeles International Airport (LAX) on Monday after 4 and a half years of construction.

The expansion includes a modern guest experience with cutting-edge technology, updated architecture, a checked-bag storage system, biometric boarding gates, and the latest amenities for travellers to experience. Some of which include two nursing rooms, a service-animal relief area, art exhibitions, a quiet room, and three children’s play areas. 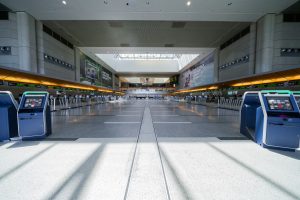 He said: “LAX is our gateway to the world — a global crossroads where dreams take flight and where we welcome the future of our city with open arms”. The five-level, 15-gate, 750,000-square-foot facility, which will serve both international and domestic flights, marks the latest step in the airport’s $14.5 billion modernisation. 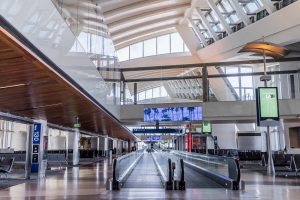 “Completing the West Gates is the latest step in our unprecedented campaign to reimagine LAX — to help our airport realise its potential as a premier, 21st century destination, as a source of jobs and economic growth for local workers, and as a site of seamless travel for millions of passengers.”

More than 8,500 workers participated in the construction of the West Gates and 30% of them were hired locally.

The project on the third-busiest airport in the world was funded from LAX’s operating revenues, Capital Improvement Program funds, fees from airlines, passenger facility charges, and airport revenue bond proceeds. No money was used from the city’s General Fund or taxpayers.

What do you think about this multi-billion dollar project on the iconic Los Angeles International airport? Let us know below.