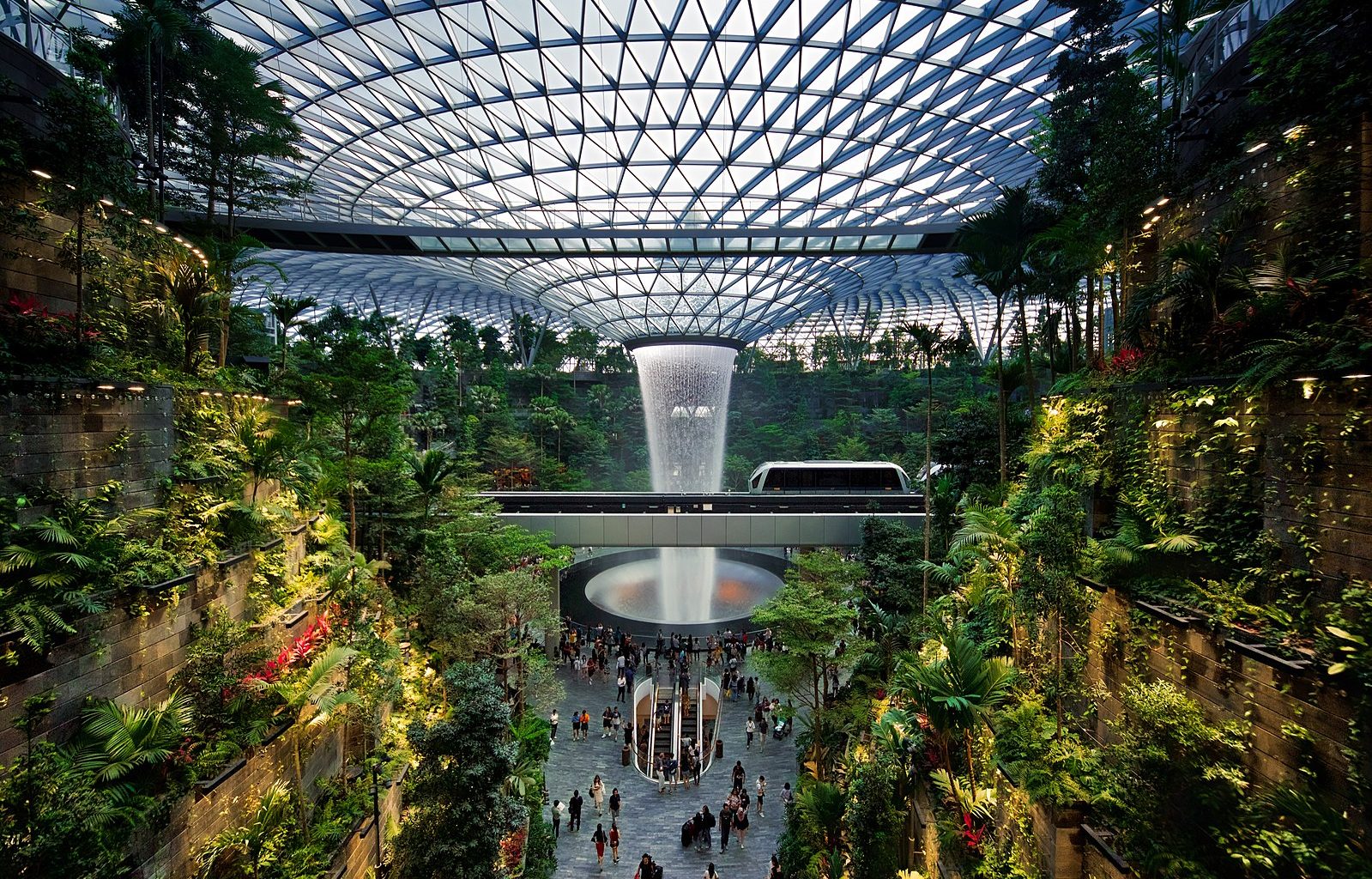 The world’s best airports for 2022 have been revealed by Skytrax amongst other award-winning categories. The pandemic impacted travel and saw the world halt and airports were ghost towns. Since the reduced COVID-19 restrictions and the rise in travellers, airports are busier than ever with the upheaval in travel again.

The annual awards by Skytrax included a Best Airport Group COVID-19 Excellence Award for 2022. This is in recognition of the airports that maintained the highest level of COVID-19 safety measures. The winner of this category was Aena – the Spanish-owned airport management company, which currently manages 61 airports in Spain and abroad.

Changi Airport is an attraction in itself, with a rooftop pool, cactus and butterfly gardens where travellers can watch planes take off and get some fresh air. Not to mention the Jewel, featuring the world’s tallest indoor waterfall at 40 meters with a canopy bridge, mazes and a range of retailers.

Making the airport stand out – apart from the modern design, excellent cleanliness and traditional Japanese food – is the unique Starry Cafe, featuring a planetarium dome. The dome is covered in over 40 million ‘stars’, and attached is a cafe, allowing travellers to grab a star-themed drink and a bite to eat as they gaze up at the starry sky.

HND has recreated the architecture of the old streets of Japan from the 17th century. Edo Koji in the airport has passengers enjoying traditional Japanese goods, dining and ambience. Giving passengers a slice of traditional Japan, even if flyers are just stopping over.

The HIA airport in Doha, the capital city of Qatar has been crowned the Best Airport In The World for the second year in a row. HIA which opened in 2014, has been identified as the most luxurious airport in the world. An airport on the brink of Arabia may not be what people expect to be a hub of arts and culture, but that is exactly what it is. The airport features over 20 permanent art installations, like “Lamp Bear” – the large yellow teddy bear under a lamp in the middle of the departure lounge.

HIA has seen over 7.14 million passengers in the first quarter of this year alone. Set to see over 30 million passengers every year and over 360,000 flights, is also the airport partner for the 2022 FIFA World Cup in November. HIA beat 550 other global airports in the varying ranking indicators – check-in, arrivals, transfers, shopping, security, immigration, and departure. Badr Al-Meer, the Chief Operating Officer at HIA, said:

“We are thrilled that Qatar’s main gateway to the world has once again been named the world`s best airport at the SKYTRAX 2022 World Airport Awards – adding another milestone achievement to HIA’s history. Our commitment and service excellence continues to be a benchmark in the aviation industry”

How aviation is bouncing back in a post-pandemic world

As the world is recovering after the pandemic and borders are opened, the aviation industry has been climbing back. Domestic and international travellers have been increasing each year since COVID-19 shut borders.

“With barriers to travel coming down in most places, we are seeing the long-expected surge in pent-up demand finally being realized,” – IATA Director General Willie Walsh said.

After many lost their jobs in aviation when COVID-19 rolled around, there has been a demand for them back again as the industry is creeping closer to pre-pandemic levels of activity.

“Unfortunately, we are also seeing long delays at many airports with insufficient resources to handle the growing numbers. This must be addressed urgently to avoid frustrating consumer enthusiasm for air travel.” – IATA Director General Willie Walsh said.

In June 2022 the global travelling demand reveals revenue passenger kilometres (RPKs) grew 76.2 per cent year-on-year (YoY), showing that the aviation industry is recovering strongly from the pandemic and RPKs have risen to 70.8% of pre-pandemic 2019 levels. Compared with June 2019, the global PRKs are 20 per cent lower.

What is your favourite airport and do you agree with the top 3? Comment below.

Norweigan to Reopen Base in Barcelona in 2023

Read Article
Côn Đảo Airport, based on Côn Sơn in Vietnam just off the country’s south coast, received domestic flights…
Read Article
The Indian city of Mumbai has experienced a recent surge in air passenger traffic at its main airport,…