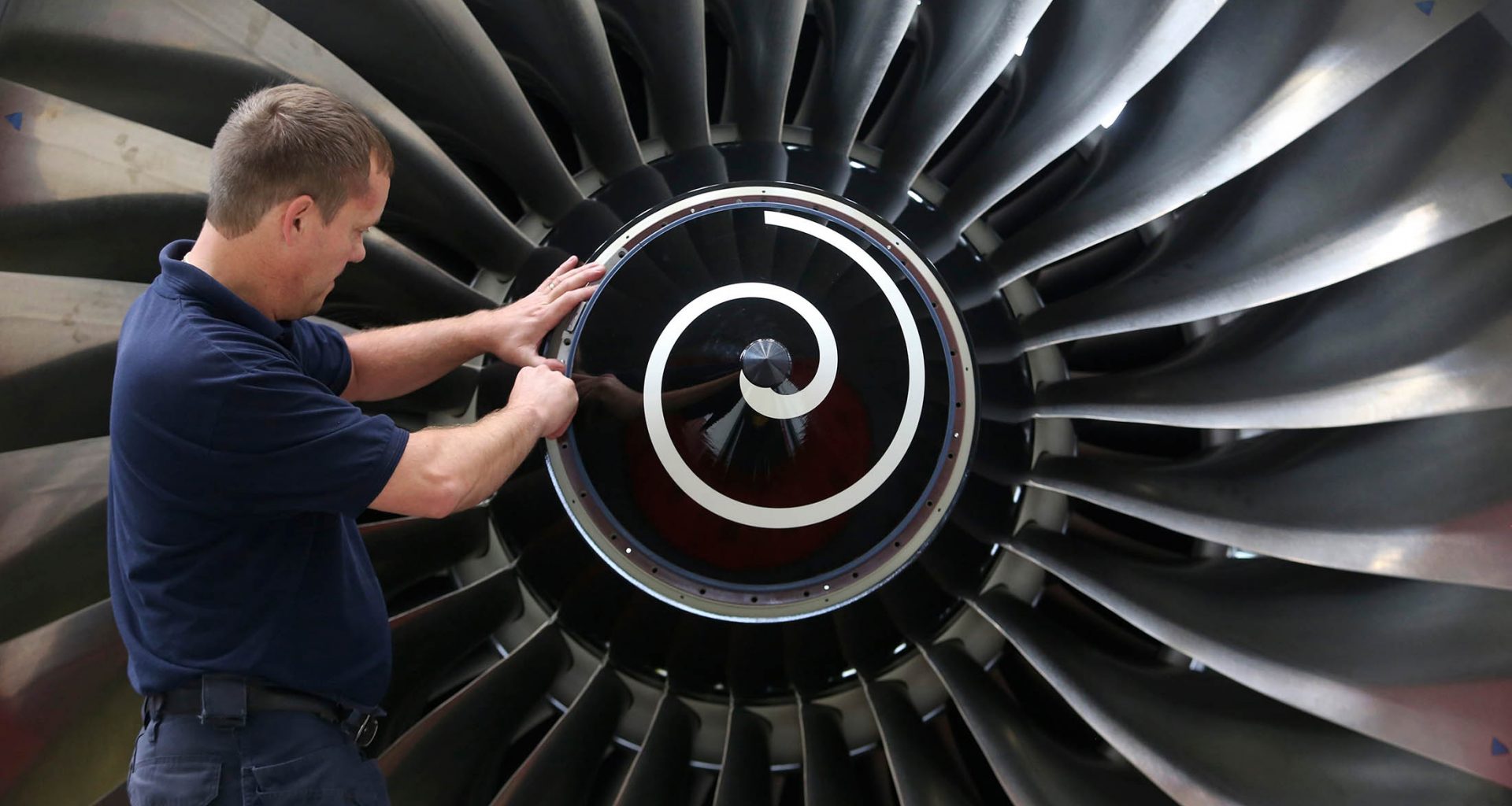 Why do Some Jet Engines Have a Spiral

Have you ever been waiting for your flight to take off, looked out the window, and noticed a spiral painted on the Jet engine? Most jet engines feature spirals or other markings on the centre of their turbines, but few people are aware of their purpose.

On most modern turbofan engines, you’ll find a neat white spiral painted on the cone at the centre of the spinner. They usually stand out, and it’s this distinctiveness that helps them to serve their purpose. The spiral shows crew members when the blades are spinning so they know to avoid them. When the turbines are at speed, the pattern becomes a white blur, indicating that the engines are running.

It’s important that the ground crew can recognise a turbine spinning from afar, as getting too close to the engines can be dangerous. When idling, a Boeing 737 turbofan has a hazard zone of nine feet, in which people or objects could be sucked into the turbine. The design of the spinner helps the crew to discern the state of the engine from a safe distance, preventing potential harm.

You might be thinking at this point – won’t the ground staff hear the noise of the engine first? Whilst engines do make a lot of noise, airport crews often wear ear defenders, so might not be aware the jet is running. On top of that, there are usually lots of other planes around that could be mistaken for the source of the sound. A visual cue can help eschew any doubt as to which plane has its engines on.

There are many different designs for engine spinners.  There is no industry standard or legal requirement to add a warning spiral, so airlines are free to choose whatever pattern they like. Besides the Spiral, there are patterns such as the apostrophe, the comma or the “wobbly ball”.

Some airlines even have trademark patterns to make their aircraft stand out. Philippine Airlines are known for using its distinctive “hurricane” design, which resembles the meteorological symbol for a typhoon. The pattern can be seen on some but not all of their aircraft.

Many jet engines don’t feature spinner designs at all. For instance, the Embraer E-jets (170, 175, 190, 195) all have naked spinners. Even some Boeing 747s, 777s and 787s have been seen without spirals on them. Manufacturers are questioning the real value of the markings and their safety benefits. But given the creativity of designs, and the long tradition of decorating propellers with them, let’s hope they are here to stay!

Have you spotted any interesting spinner designs? Let us know in the comments below!

Read Article
Emirates has been cleared to resume all operations in the U.S., beginning today. This comes after controversy surrounding…
Read Article
If you were born before about 1982, independent travel agencies are a common choice to organise your holiday…