The British Government has finally given up on its attempts to establish air bridges or travel corridors.  Instead it is about to introduce quarantine-free travel to green and amber countries on its new traffic light system.  Initially these will number around seventy-five.  However, restrictions may apply on arrival. 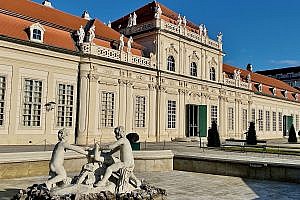 An air bridge, also known as a travel corridor, is a reciprocal agreement between two countries.  These agreements allow the citizens of those countries to travel between them without the need to quarantine.  Air bridges are only set up between countries with a low rate of infection.  This is a complicated process.  Finally the British Government has decided to introduce quarantine-free travel the green and amber countries.

Traffic Light System in the UK

The risk of travel to every country in the world will be assessed by a new traffic light system.   Quarantine-free travel will be allowed to those countries that have been designated green or amber.  The Government’s Joint Biosecurity Centre has worked with Public Health England to make a list of safe countries.  They have ranked these countries as green or amber.  The ranking is based on the risk from COVID-19, the trajectory of the spread of the virus and the reliability of data from that country.  The red alerts relate to COVID-19 hotspots including America, Brazil, India and Russia.

When the UK introduced quarantine for all arrivals in the UK there was a lot of opposition.  The measures required all arrivals in the UK to self-isolate for 14 days at a registered address.  This led to proposals to establish air corridors.  During discussions with Portugal their foreign minister, stated “quarantine is an enemy of tourism”.  A view supported by the aviation, tourism and hospitality industries.

The British Government has now abandoned the imposition of quarantine on seventy-five countries deemed to be safe (green or amber) under the new traffic light system.  Currently, the Foreign and Commonwealth Office (FCO) is advising against all but essential travel.  But this advice should change on Monday July 6th.  From that date Britons will be free to go on holiday to seventy-five countries.   The list will include nearly all EU destinations, the British territories including Bermuda and Gibraltar, and Turkey, Thailand, Australia and New Zealand.

But, a final word of caution from the government.  The list of permitted destinations will remain fluid, with a “strict handbrake mechanism”.  Any sudden outbreak of coronavirus in certain countries – or even in particular parts of a country – could require travellers unexpectedly to isolate for two weeks when they return to the UK.

That’s great news that the misguided policy of quarantine has been dropped and that those from the UK can travel once more, including to most European countries and, in general, to countries that have more successfully handled Coronavirus than the UK.