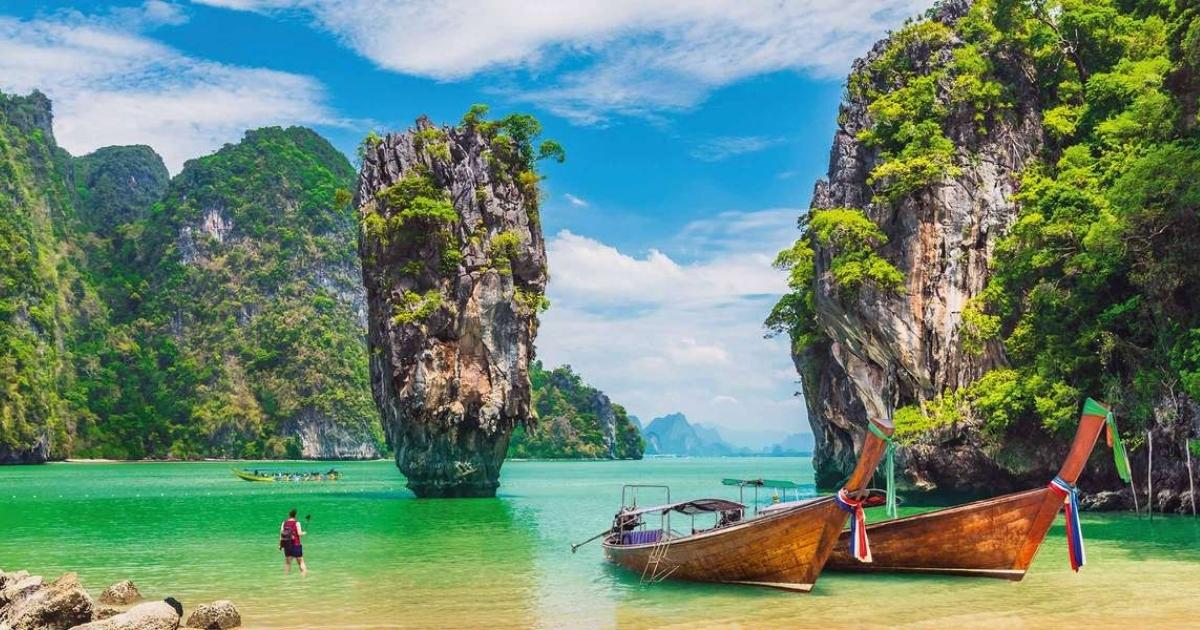 The Tourism Authority of Thailand (TAT) has opened the gates to international visitors by scrapping the last pandemic-related entry restrictions. Visitors will no longer be required to present proof of vaccination or a negative COVID-19 test in order to travel to the popular tourist destination.

From October 1st, the South-East Asia tourist hotspot will no longer require proof of vaccination or negative rapid antigen tests. Despite fully reopening to international travel in July this year, tourism has not returned to pre-pandemic levels as visitors approach travel restrictions with caution.

A statement from the tourism authority explained the change in policy following the Centre of COVID-19 Situation Administration’s (CCSA) decision to downgrade the virus from “a dangerous communicable disease” to “a communicable disease under surveillance”.

“The kingdom entered the stage of fully reopening from 1 July, 2022, with the removal of the Thailand Pass registration scheme, and foreign nationals only be required to show proof of vaccination or a negative ATK test result within 72 hours of travel, this will be lifted from 1 October, 2022, onwards.”

In an effort to boost a waning Thai tourism scene, the TAT also approved a new visa rule coinciding with the termination of entry requirements.

The change in visa conditions will allow people from visitor visa-exempt countries such as Australia to stay for 45 days, previously 30 days. It will also allow people from countries that require a visa-on-arrival (VOA) to stay 30 days, previously just 15 days. The immigration extensions will come into effect on all visas granted on or after October 1st, lasting until March 31st 2023.

The ‘land of smiles’ is the latest in a long list of countries abolishing pandemic-era travel restrictions, with New Zealand scrapping entry requirements earlier this month and Australia doing so in July. October will also see Japan welcome all travellers, and Hong Kong, a state with some of the strictest travel restrictions in place, announced last week that inbound visitors would no longer need to quarantine for three days in a hotel.

The land of smiles ready to greet tourists, backpackers and business travellers with a smile again

It’s been a long and arduous two and a half years for the country that never stops smiling. Once seen as the busiest tourist destination in the world by tourists per capita, the Asian nation’s economy struggled through COVID-19, with the tourism industry taking a significant hit. According to data produced by the Economic Tourism and Sports Division of the Ministry of Tourism and Sports, Thailand has seen a steady increase in tourism flow month by month in 2022. In February, the nation saw just 152,950 visitors, compared to July’s 1.24 million visitors.

Along with increased visitor numbers, local businesses are seizing the opportunity to increase their prices. The average cost of a hotel room in February came out to be 882.65 Thai Bhat, approximately 23.25 USD. The same room in July would have set you back 1,086.99 Bhat, around 28.63 USD.

The Thai government expects the economy to boom in the latter half of 2022, with Bloomberg reporting in August that the nation could net about 400 billion Baht (11 billion USD). This would see around 7.5 million tourists descend on Thailand between July and December, said Rachada Dhnadirek, a deputy government spokeswoman. Should the claims be substantiated later in the year, this would prove to be an increase of 1,840% on the same period last year.

The alleviation of restrictions could not have come at a better time for holidaymakers and local businesses alike as the nation prepares to round out its monsoon season. Typically running through to the end of October, the monsoon season will be fare-welled by Awk Phansa, a festival celebrating the monsoon retreat.

If you’re into experiencing something uniquely Thai, make sure you visit the Naga fireball festival between the 10th and 18th of October in Nong Khai, a northeastern province located on the banks of the Mekong River. The event sees thousands of people celebrate a supposedly naturally occurring phenomenon where red fireballs inexplicably shoot up into the sky from the river. The phenomenon has stumped scientists for centuries, with many wild theories circulating about the event.

Local legend says that the fireballs are supernatural, caused by the breath of a giant serpent called Naga. Scientists contradict this by claiming a naturally occurring gas on the river’s marshy banks causes explosive reactions, creating the elusion of fireballs spitting out of the river.

Regardless of why the phenomenon occurs, it’s a once-in-a-lifetime event for travellers to immerse themselves in, and there’s never been a better time to book a trip to Thailand.

Read Article
A First Sight of Machu Picchu in Peru Tears sprang to my eyes as I looked down on…
Read Article
Penguins, painted houses and pies are all a part of the vast and varied region known as Patagonia.…