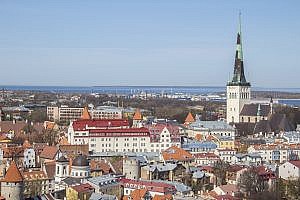 Tallinn , the capital of Estonia, retains the magic of a walled Hanseatic medieval city.  An interesting collections of museums trace its history and traditions.  The Estonians love their museums and convey this emotion to their visitors, especially in the Old Town of Tallinn.

Inside the City Walls of Tallinn in Estonia 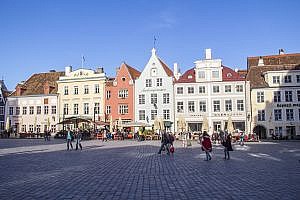 The Old Town Square in Tallinn the Capital of Estonia Credit: Valery Collins

Inside the complete circle of medieval walls is the popular Town Hall Square.  Colourful merchants’ houses flank an impressive fifteenth century Gothic Town Hall.  The most important medieval merchants in Tallinn were members of the Great Guild and their meeting place, the Great Guildhall has been tastefully renovated to house the Estonian History Museum.  Here, visitors can learn about Tallinn and its traditions, including its world-famous song festival. 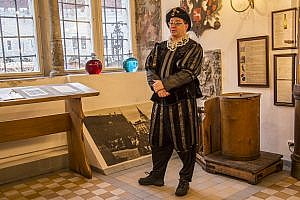 The Old Pharmacy in Tallinn the Capital of Estonia Credit: Valery Collins

The square is also home to Raeapteek reputedly the oldest working pharmacy in Europe.  In its small museum, a guide, in period costume, explains how it became involved in the production of claret and marzipan.   At one time pharmacists were the only people who made these products for their medicinal properties. 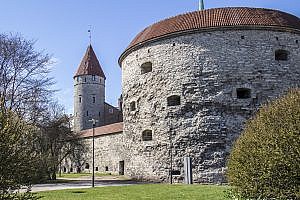 Two museums in the old town are part of the city walls.  A guided tours of the seventeenth-century bastion passages, is a journey through several layers of Tallinn history.  And Fat Margaret Tower, a bastion, is part of the Estonian Maritime Museum.  The other part is outside the city walls.

Beyond the Walls of Tallinn in Estonia

Seaplane Harbour (Lennusadam) on the austere sea front of Tallinn is a second site of the Estonian Maritime Museum.  It occupies a huge steel and concrete shell without supporting columns inside.  This unique building was part of a naval fortress created by Peter the Great.  Inside there are three levels, under the water, on the water and above the water.  A major exhibit is the submarine Lembit.  Visitors can clamber aboard to explore the interior of Estonia’s only surviving submarine. 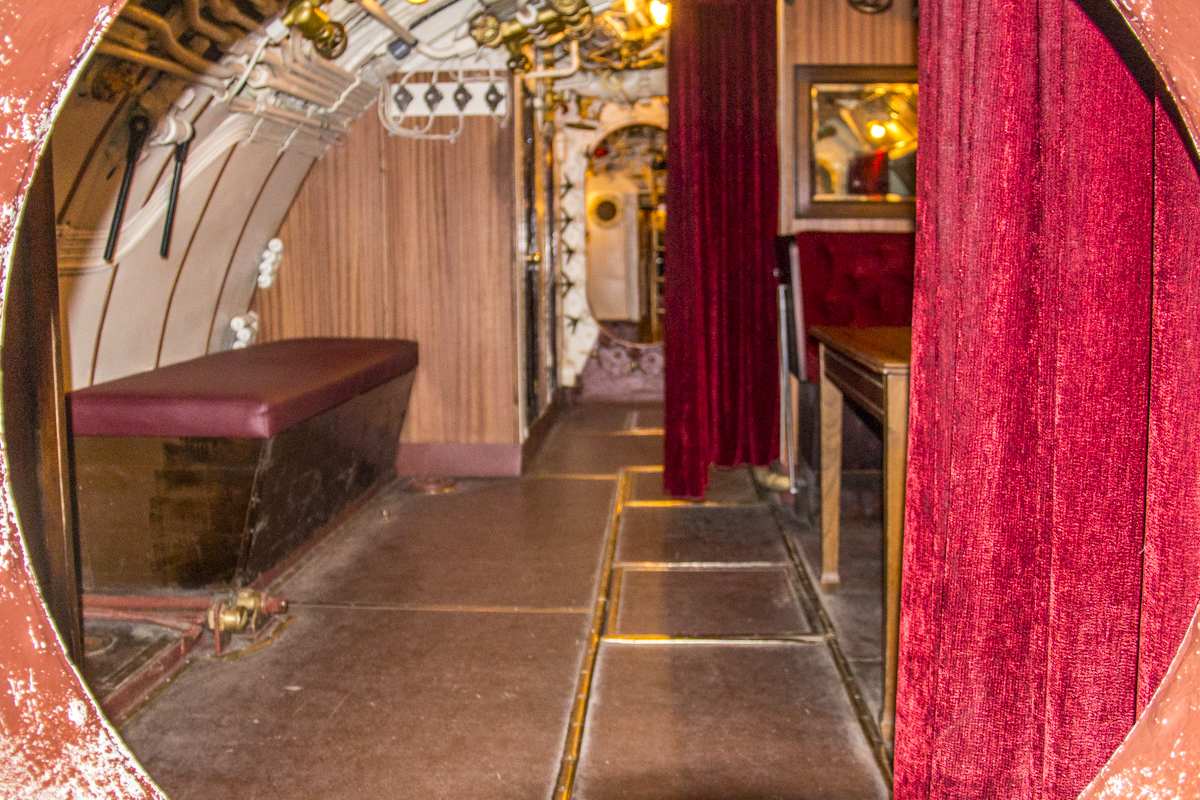 On Board the Submarine Lembit at the Estonian Maritime Museum in Tallinn the Capital of Estonia Credit: Valery Collins

On Board Suur Tõll at the Estonian Maritime Museum in Tallinn the Capital of Estonia Credit: Valery Collins

Moored in the harbour outside the museum is Suur Tõll.  Now over one hundred years old this steam-powered vessel was once one of the world’s most powerful icebreakers and served several different countries.  Visitors can wander freely through the labyrinth of corridors and cabins. 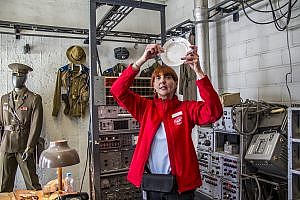 The KGB Museum in Tallinn the Capital of Estonia Credit: Valery Collins

Kumu, the national art gallery, is an insight into the way individuals were affected during periods of occupation and repression in Tallinn.  And the KGB museum  on the top floor of the Hotel Viru is informative and funny.  Our guide claimed she had worked there during the Russian occupation.  She delivered an amusing account of surveillance techniques during that period.

Where to Stay and Eat in Tallinn in Estonia 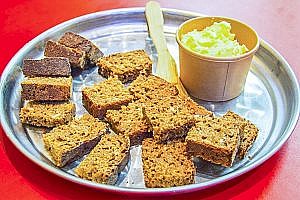 The five-star Savoy Boutique Hotel would be my hotel of choice in Tallinn.  It is in the heart of the old town and boasts the excellent MEKK restaurant.  However, my favourite restaurant is the more casual Restaurant Leib resto ja Aed serving traditional Estonian cuisine accompanied by a selection of hand-crafted beers and ciders.  Tallinn is becoming famous for its food.

Masks on a plane: Is wearing a face mask now compulsory on all flights?