Ryanair just released its yearly financial report in which it recorded a €1 002m profit — a 13% increase from last year’s €885m. The pre-COVID stats are nothing short of impressive as it further reported a 4% traffic growth with 90% on-time flights. However, the group is expecting losses amounting to  €200m for the first quarter, due to the pandemic.

Following quarantine requirements and low travel demand, the group expects less than half of its original target of carrying 44.6m passengers in Q2. Downfall of passenger traffic will certainly reflect on Ryanair’s Q2 earnings.

In an interview with BBC Radio 5, Ryanair Chief Executive Michael O’Leary called the government’s 14-day quarantine plans “idiotic.” O’Leary made the argument that:

This government is telling us you can’t fly unless you isolate for 14 days, yet you can go on the London Underground, you don’t have to isolate for 14 days. They’re making this stuff up as they go along and none of it has any basis in science.

Other aviation bosses shared the sentiment on the UK government’s decision for implementing the 14-day quarantine period. Chief Executives of easyJet, Heathrow and Gatwick wrote in a letter to the Prime Minister:

An open-ended quarantine, with no set end date, will make an already critical situation for UK aviation, and all the businesses we support, even worse. 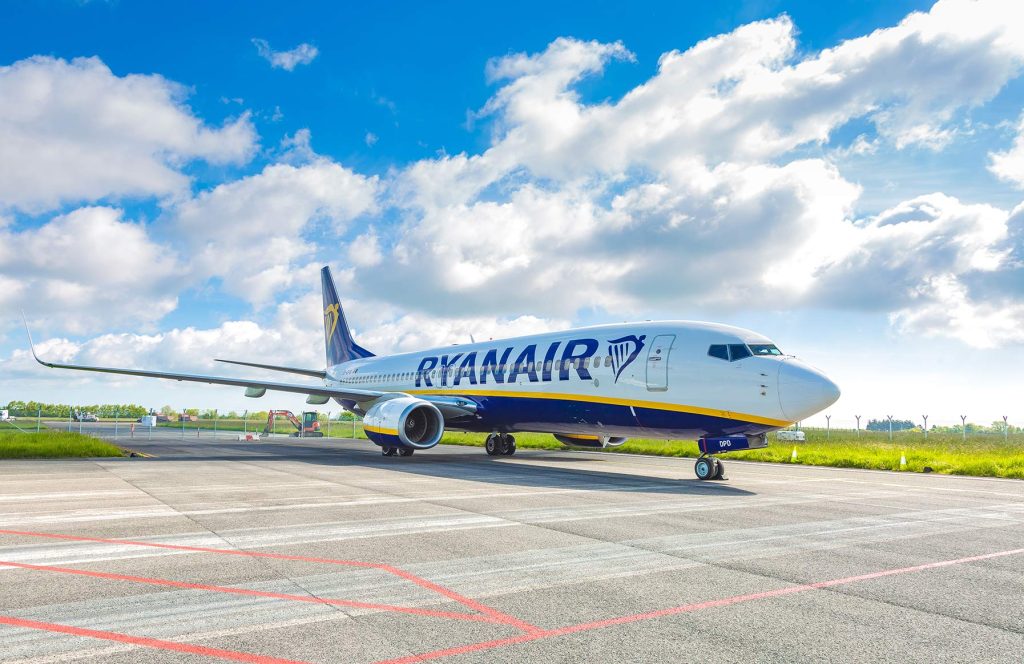 The carrier also expressed dismay over state-aid secured by other European carriers — now exceeding €30bn — like Lufthansa, Air France-KLM and Alitalia; deeming it “in breach of EU rules.” Earlier this month, O’Leary critiqued airlines acquiring government funds to sail through the crisis. He also termed Lufthansa and Air France as “state-aid junkies” for relying on government funding which is resulting in a market disruption for low-cost carriers.

Ryanair also mentioned that it isn’t ready to give up on Boeing’s now-controversial MAX series. It noted that it is anticipating it’s first order of Boeing 737-MAX-200 aircraft to be delivered in October. The official release quoted:

We remain fans of, and committed to, these “gamechanger” aircraft with 4% more seats & 16% lower fuel burn, which will transform Ryanair’s cost base for the next decade.

While the European carrier is yet to cancel any MAX orders, it is undergoing negotiations with Boeing to decrease orders in the coming two years. The company is doing the same for Lauda’s A320 lessors amid slower post-COVID traffic growth.

Last week Ryanair announced the resumption of flight operation from July 1. It is initially aiming to resume 40% of scheduled flights from the majority of its 80 bases spread across Europe. CEO of Ryanair DAC, Eddie Wilson said:

It is important for our customers and our people that we return to some normal schedules from 1 July onwards…With more than 6 weeks to go to 1st July, Ryanair believes this is the most practical date to resume normal flight schedules, so that we can allow friends and families to reunite, commuters to go back to work.

The airline is preparing to combat the spread by ensuring temperature checks and face masks at airports. O’Leary also made the case for face masks as an effective method for passengers and crew to “eliminate the risk of COVID-19 contamination by 98.5%.”

Although Ryanair is optimistic about the resumption of flights in July, EU government restrictions and successful implementation of health safety measures will decide whether it is viable or not.

How do you think things will pan out for Ryanair? Let us know below!