A Look at Aviation Festival Americas 2021

The annual Aviation Festival Americas conference was held in Miami, FL at the Hyatt Regency from November 3-4. Travel Radar was invited to attend as media, and we got a glimpse inside the event, the attendees and have put together some thoughts on why you might want to attend this conference next year, or another of Terrapin’s Aviation Festival’s.

First off, Aviation Festival is a global conference bringing together aviation professionals once a year to talk shop. While we attended the Americas conference in Miami, the organization hosts several similar conferences around the world, and as you attend in each region, you notice more airlines from that part of the world. For the Americas conference, there were many consulting and technology companies based in the U.S., Canada, Mexico and South America in the crowd, as well as major airlines from the area. 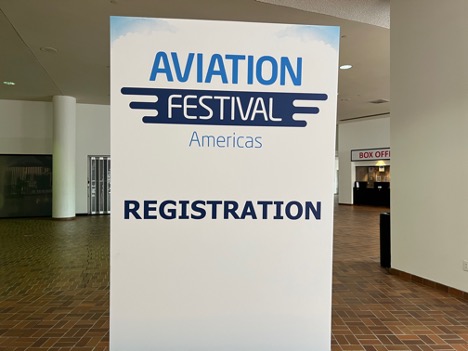 The Aviation Festival Americas was held in Miami, the perfect city to bring in vendors and suppliers from both Canada, the U.S., Mexico and South America. | © Jamie Larounis / Travel Radar

There were a number of sessions, some occurring simultaneously, but here were some of the popular ones we noticed:

Having a background in working in the loyalty space, I attended several panels discussing the trends in engaging, retaining and rewarding customers which were very informative. Some key takeaways included:

The conference boasts and impressive, packed 2-day schedule, complete with an expo hall where the latest products and firms try to pitch fellow attendees on their services. On schedule for the conference were many CEOs, heads of departments, consulting agencies, industry experts, and related panelists.

Present were also a number of bigger name speakers, including: 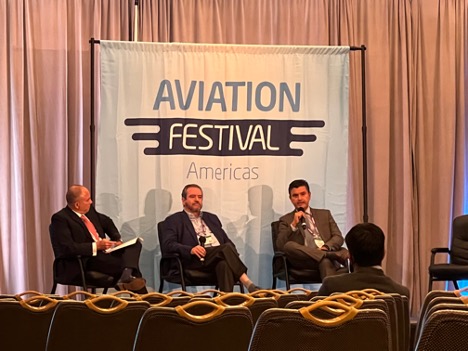 The most interesting part of the event was hearing from the various CEOs and VPs of the airlines themselves – their perspective guides the future of the aviation industry. | © Jamie Larounis / Travel Radar

While the event was wildly successful, the sessions were back-to-back not allowing for a lot of gap between talks, and some talks were incredibly short, where they could have been extended to allow for better discussion. While the festival is for aviation in general, it almost seems like there should be a commercial track and private track, due to the differences of each. Some sessions didn’t seem too popular, and, from what I could tell, these mostly seemed on the private front.

Based on what we saw for attendees, these people would especially benefit from attending a conference like this:

It was definitely a worthwhile event, and we hope to bring you more reporting from the next one scheduled in June of 2022.

Airbus ventures into Skywise with Vietnamese IT Giant