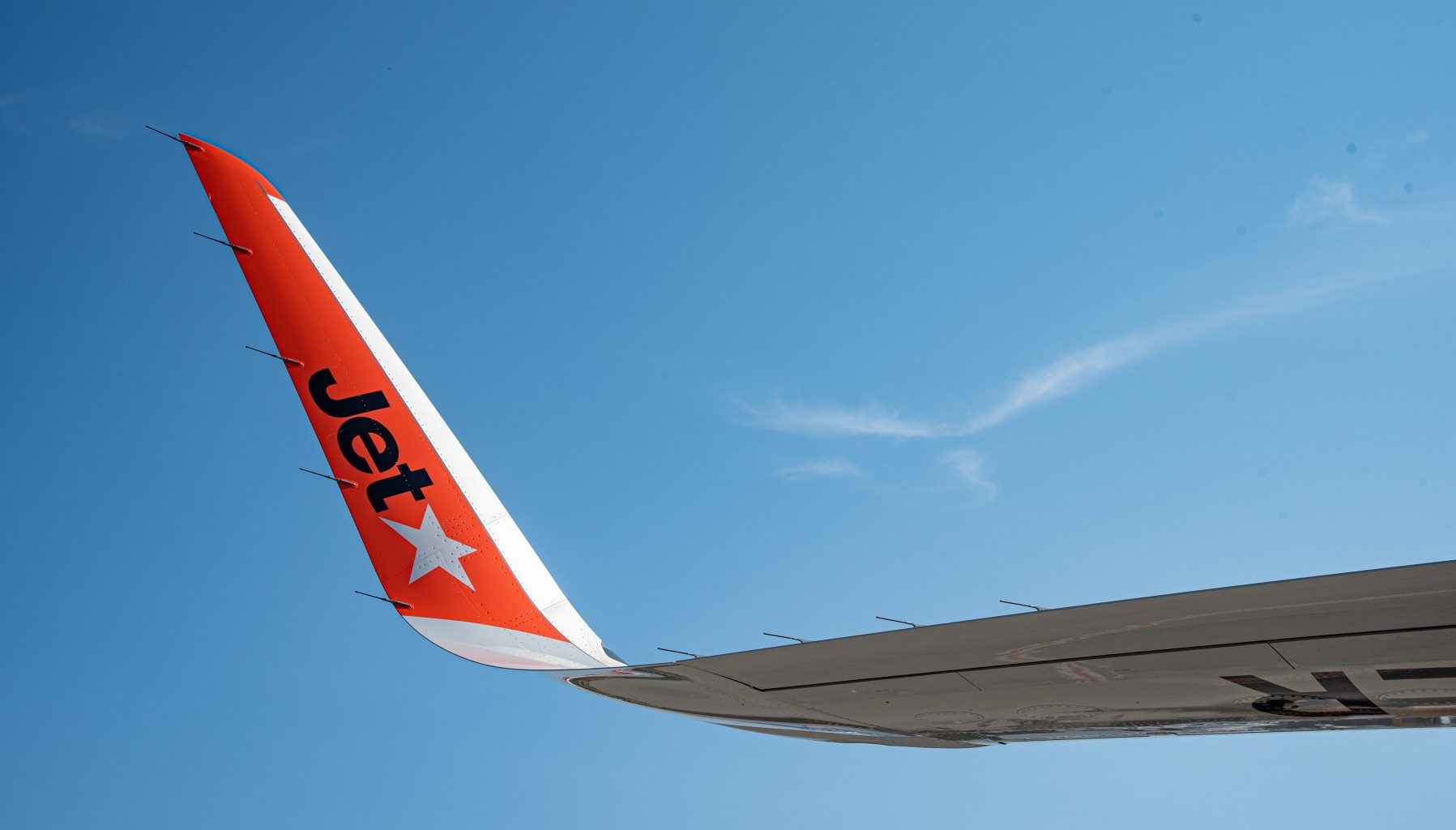 Jetstar feels its new Airbus A321LRs will offer greater comfort to its customers.

Jetstar has unveiled its new modified livery for its incoming fleet of Airbus A321LRs. The carrier has 38 of the aircraft waiting to be delivered and believes the addition of this new model will provide many benefits for their passengers.

The majority of Jetstar’s existing fleet is made up of the Airbus A320-200 and its larger cousin, the A321-200. It also operates eleven Boeing 787-8 Dreamliners. The addition of the new A321LR marks a modernisation of the airline’s fleet. Jetstar CEO Gareth Evans said:

“Today, we’re excited to not only be celebrating our 18th birthday but also unveiling a new look for our incoming fleet of NEOs, representing a new era of flying for Jetstar,”

NEO stands for ‘new engine model’ instead of the CEO ‘current engine model’ aircraft the carrier is currently operating. The modern engines are 15% more fuel-efficient than their predecessors, and Jetstar says they are up to 50% quieter as well. Other features of the new aircraft include USB power, flip-down smartphone cradles, and extra-large overhead bins with 40% more storage space. Mr Evans said:

“These modern aircraft are world-class in terms of performance, comfort and sustainability, ensuring our customers will enjoy a new range of benefits on board.

The aircraft is being painted using a two-layer ‘basecoat-clearcoat’ system which lasts longer whilst reducing paint weight by up to 30%. The airline says this will save them 108 tonnes of fuel a year across their entire A321LR fleet, equivalent to 350 tonnes of CO2 emissions.

“Today we’re excited to not only be celebrating our 18th birthday but also unveiling a new look for our incoming fleet of NEOs, representing a new era of flying for Jetstar,”

What do you think of the A321LR livery? Let us know in the comments below!