Air travel was at its peak when the Coronavirus pandemic closed borders and quarantine measures were introduced.  Airlines  in financial difficulties requested government bailouts .  Some have been granted but at a hidden cost.  We have seen already that the French government is dictating routes to Air France.  It is not allowing some short domestic flights to places served by high speed railways.

The Consequences of Government Bailouts 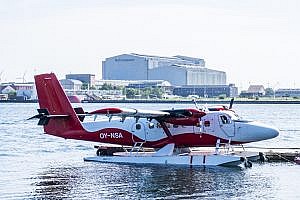 The Italian government has re-nationalised Alitalia.  This airline that has been on the brink of collapse for many years now.  The German government has bought into Lufthansa and owns one quarter of the airline.  Whereas the airline is keen to ensure the government will not interfere with their operations.  However, it seems likely the government will be exerting some influence to protect the tax payers’ money.  These bailouts will disturb the natural balance of competition among airlines and other forms of transport.  The reduction in domestic flights may force some regional airports to close through lack of revenue from landing fees, parking, shops and restaurants.  Some regional airports are hubs for long-haul flights.  However, the restoration of confidence in long haul flights may take a long time. 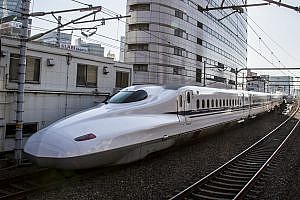 The difficulty of applying rules of social distancing on flights will no doubt result in a lack of confidence in flying.  This may cause travellers to consider other forms of transport such as cars, trains, ferries and buses for short-haul destinations.  Some passengers will pay the premium of First Class or Business Class to ensure their personal safety.  But this will not apply to holidaymakers generally.  Staycations will no doubt be considered the safer option for at least a year.  This ‘lost’ year may be the best time to work on sustainability relating to air travel.  Again, France is leading the way on this issue.

Lessening the Impact of Air Travel on the Environment

The French government wants Air France to become the most environmentally friendly airline.  It will have to reduce carbon dioxide emissions on short haul flights by 50% before the end of 2024 and reach a target of using 2% of its fuel from sustainable sources by 2025.  Air travel is notorious for its large carbon footprint.  This lull in activity is a chance for airlines to review their policies regarding sustainability and to work on ways of reducing their carbon footprint.  Airlines promoting sustainability as part of their brand will probably have a competitive edge on their rivals.  As John Strickland concluded in a recent webinar: “the Covid-19 crisis is a re-set for the airline business.  There is a need for realism but not pessimism about the timescale for and the scale of recovery.  An opportunity for innovation and renaissance.”