Alex Cruz has stepped down as CEO of British Airways (BA) and will be replaced by Sean Doyle with immediate effect.  He will remain as non-executive chairman for a transitional period before Doyle also takes on that role as well.  Cruz joined British Airways in 2016.  It was the start of four stormy years with the company.

Cruz and British Airways – Some Lowlights 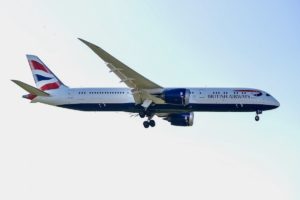 Cruz was CEO of Vueling when appointed by Willie Walsh then CEO of BA’s holding company, International Airlines Group (IAG).  Cruz was appointed to cut British Airways’ costs.  He began by reducing the number employed in the computer department by 700.  He outsourced the airline’s computer systems to India, a decision that backfired.  A few months later BA’s systems went down and many flights were cancelled.

In September 2018 BA’s system was hacked with the loss of 500,000 customer records.  The airline was subsequently fined £183 million.  A year later, a dispute over pay resulted in the first pilot strike in BA’s history.  It grounded flights for two days. 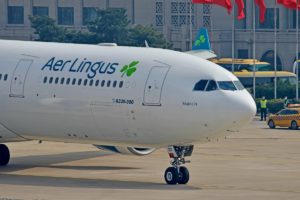 In March 2020, when the UK went into lockdown, BA put the majority of its staff on furlough.  And a month later it announced it would cut 12,000 jobs in an attempt to survive the global pandemic.  His firing and re-hiring policy provoked hostile reactions and the loss of Willie Walsh’s backing as the front-runner to replace him as CEO of IAG.

But, as John Strickland, director of JLS, has pointed out Cruz did lead investment in fleet and upgrading the long-haul business class.  The results of this were never seen due to the coronavirus pandemic.

In 2011 the merger of BA with the Spanish flag carrier, Iberia (2008), resulted in the formation of IAG, the third largest airline in the world.  Since then IAG has bought other airlines, BMI (2011), Vueling (2012) and Aer Lingus (2015).  It also operates the low-cost airline, Level.  All these airlines operate under their own brand names.  Willie Walsh, then CEO of British Airways, became the founding CEO of IAG.  He retired in September 2020 and Luis Gallego (Iberia) was appointed as his successor. 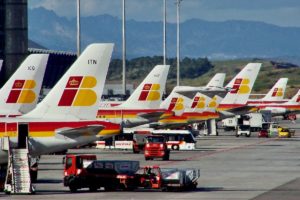 A series of internal promotions follows the departure of Alex Cruz.  Gallego has stated he is confident his promotions will help IAG survive the disastrous effect of the COVID-19 pandemic on the aviation industry.   Sean Doyle, who replaces Cruz as CEO of BA, has been CEO of Air Lingus for less than two years.  Prior to that, he was employed by BA for twenty years, joining their executive and management committee in 2016.

Do you think IAG is now on course to navigate the worst crisis facing its industry?  Share your thoughts in the comments.

Hong Kong Tourism Board Commits to COVID-19 Safety for Tourists

Singapore International Airlines and its Revolutionary Pop Up Restaurant A380